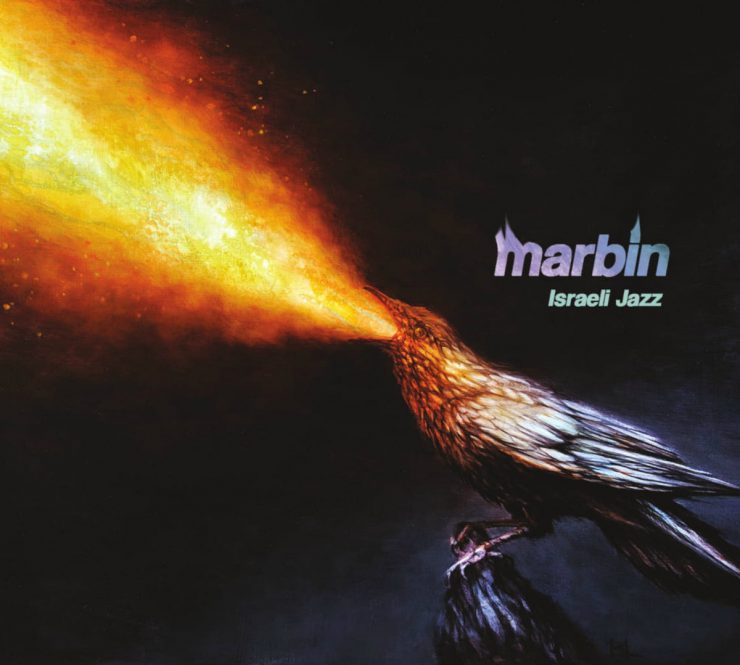 Review of the Marbin album Israeli Jazz, out now.

The first time I had heard of Marbin was when they were recently included in the line-up for Cruise to the Edge 2019. It’s often the case that unfamiliar names will impress you the most, especially in Prog, where the ‘discovery’ factor is large at the moment.

Marbin is a Chicago-based jazz-rock outfit that was originally formed in Israel in 2007. Largely independent, Marbin have previously released six albums and toured with such august names as Jeff Berlin, Allan Holdsworth and Virgil Donati. It is facile to predict that their jazz-rock proclivities are likely to mirror the company they keep; nevertheless, while indeed keeping true to their “jazz-rock” classification, there is quite a bit more to this band than that simple docket suggests.

Marbin’s seventh album “Israeli Jazz” is an impressive collection of seven instrumental discoveries. Largely based around the swarthy guitar playing of Dani Rabin (no relation) and Danny Markovitch’s saxes, the line-up is completed by the highly competent rhythm section of drummer Blake Jiracek and bassist Jon Nadel.

The jazz-rock influences are constantly present, and fans of progressive jazz-rock will not find themselves disappointed by the album. But labels and categorizations aside, Marbin’s work actively invites different influences and variations, such that the boredom that is often to be endured on jazz-rock instrumental albums, thankfully does not threaten to spoil the experience. The dueling guitars and horns are prevalent but not tiresome, and most songs offer varying encounters of this core component.

The album, despite being clearly a jazz-rock production, ventures into various territories, including modern Blues, Prog, Bluegrass and good old Rock, at times. And then, of course, there is the melding of styles that creates a somewhat new experience. For example, at one point, I felt like I might have been listening to an extremely well—rehearsed instrumental jam between Joe Bonamassa and Big Big Train (the latter due to the horn parts.) Most of the album is mid-to up-tempo, built on bluesy/hard rock guitar tones, but some of it, like ‘Pirate Punch’ contains more speculative and sinister moments centred around the saxophone. Even that piece, however, builds into a full blues-rock guitar climax, reminiscent of Rory Gallagher. And then, of course, the jazz frenzy kicks in, exhibiting, in particular, Nadel’s wild bass skills. The lead guitar parts in “Arkansas Jumper” are reminiscent of John McLaughlin at his passionate best, while “Israeli Jazz” goes from a massive Black Country Communion-type guitar intro to a manic fiddle part, to Mahavishnu guitar mania, all culminating in a mid-tempo horn solo. There is even a slightly middle-eastern flavor, largely due to Markovitch’s sax-work, in the title track. Peaks, troughs and variations like this are to be found throughout the album, which never abandons its jazz-rock disposition.

Marbin are not quite what I expected. While they are sophisticated composers and extremely competent jazz performers, they are also quite imaginative stylistically. Discovering their music through this album led me to the understanding that instrumental jazz-rock is not necessarily just about high levels of virtuosity and technique. It most certainly can contain emotion, variation, humour and aggression, and it can overlap with other genres, especially modern Blues, in a satisfying way. Jazz-rock aficionados will certainly be well pleased by “Swamp House”, but Proggers, Blues fans, rockers and fans of other genres should also give it a chance, since they will also be impressed at various moments on the album.

Marbin certainly are great players, and I imagine that their live delivery must be stellar. I will be looking greatly forward to experiencing this band on Cruise to the Edge. Discovery complete.