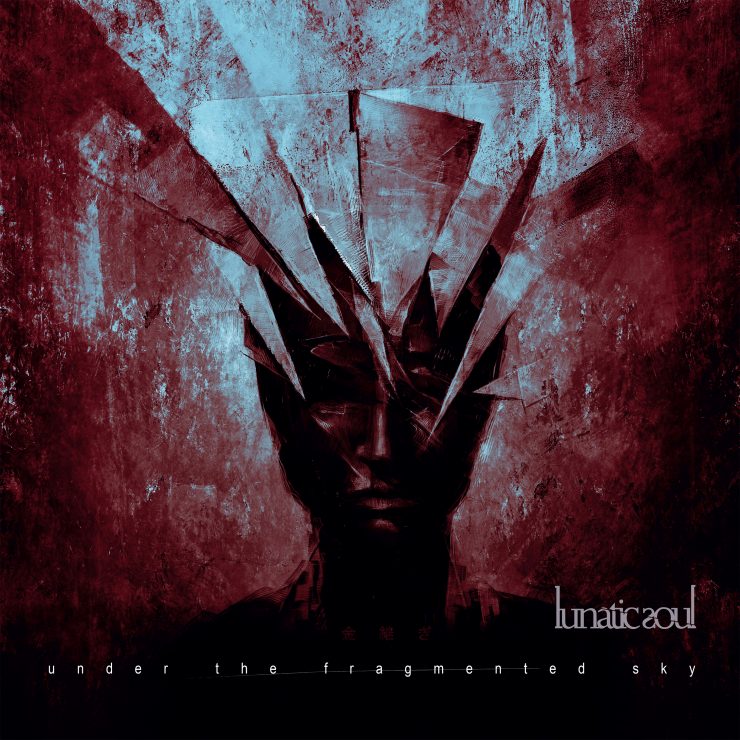 Review of the Lunatic Soul album – Under the Fragmented Sky out on May 25th, 2018

2017’s Fractured was another triumphant release for Lunatic Soul (the pseudonym of Riverside bassist/vocalist Mariusz Duda). Filled with moving lyricism and vocals, enchanting melodies, and characteristic instrumentation, this fifth LP continued to capture the essence of what makes his solo work so distinguishing. Ever prolific, he typically has some bonus material up his sleeve, too, and that’s where Under the Fragmented Sky comes in. Taking its title from the lyrics to “A Thousand Shards of Heaven” and billed as “the companion” to last year’s collection—as well as “the pinnacle of the first decade of Lunatic Soul”—this shorter sequence connects to its immediate sibling while also recalling the more avant-garde and minimalistic collages of Duda’s initial works. As such, it feels more like a complementary expansion than a proper follow-up, yet it’s still a crucial addition to his catalog.

Duda sees “the more classical” Under the Fragmented Sky as both a supplement to its predecessor and “an artistically independent release with its own character and identity.” Initially, he wanted to issue only a few selections as a maxi single, but eventually he had nearly forty minutes of “enchanting” music (recorded during the Fractured sessions last June) that demanded their own unified statement. He elaborates by saying that its “very subtle electronics and vocal experiments” make it “incredibly coherent and much closer to the mood of earlier Lunatic Soul albums.” Best of all, it successfully gives “a fuller meaning” to everything that’s preceded it, further demonstrating how beautifully Duda explores the realms between “life and death.”

Rather than focus on traditional song structures, the majority of the record consists of immensely inventive and touching instrumental hodgepodges. Fortunately, Duda is equally adept as a composer and songwriter, so all of them are at least very good, if not great. Opener “He av en,” for instance, is remarkably simple yet ingeniously hypnotic. Essentially, ghostly vocal rows decorate synth soundscapes, light percussion, and welcoming interlocking guitar passages, resulting in the sort of captivating introspection Lunatic Soul does best. In contrast, the industrial sparseness and/or Far East tinges of “Shadows” and “Rinsing the Night” truly make them feel like lost gems from the white or black album, whereas the more dynamic and electronic “The Art of Repairing” is simultaneously chilling and angelic.

Of course, the tracks with more formal singing are among the most appealing on Under the Fragmented Sky. Be it the rich acoustic angst of the title track (whose concluding variation on “He av en” is downright brilliant) or the full-bodied hopefulness of closer “Untamed” (which would’ve fit perfectly on Riverside’s magnificent Love, Fear and the Time Machine), Duda further cements himself as an exceptional songsmith here. (Even “Trials” subjugates its slightly vapid and repetitious first half with an engrossingly haunting second section.)

Under the Fragmented Sky demonstrates that even Duda’s extras are exceptional. No, it doesn’t surpass or even equal Fractured, but it’s not really meant to; instead, it cleverly conjures some original Lunatic Soul techniques in the midst of adding additional lenses and context to his most recent masterwork. Consequently, it expands the meaning and scope of the red album while also providing a cumulative overview of all that’s made Lunatic Soul special since 2008’s stunning eponymous debut. No matter how you view it, Under the Fragmented Sky is, like its precursors, an essential emotional journey and a testament to the magic of uncompromising artistic vision.

Released on May 25th, 2018
Key Tracks: Under the Fragmented Sky, Untamed