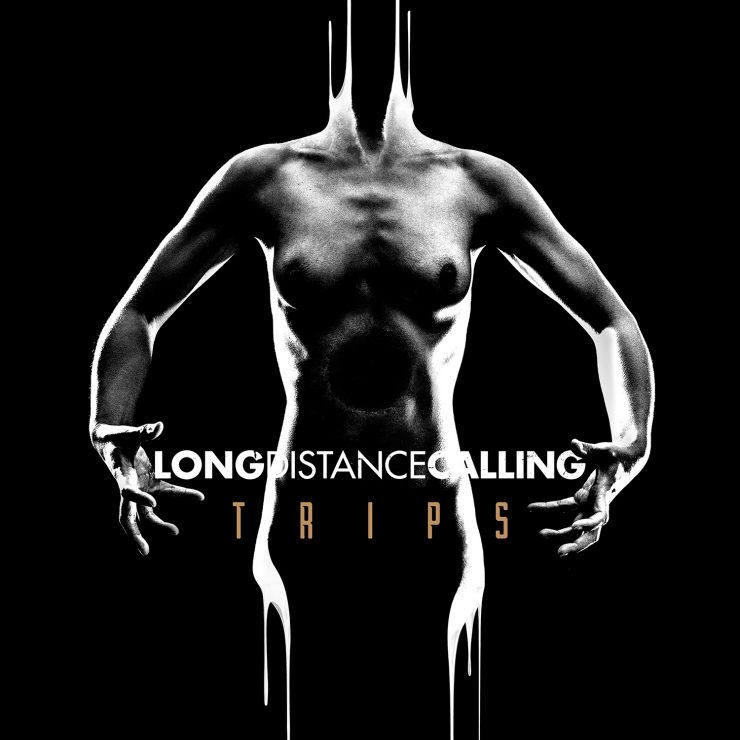 Hailing out of Germany, Long Distance Calling have a unique history.  Starting out as an instrumental alternative rock band hardly seems as a smart place to start but it worked out for this group, who’s debut album ‘Satellite Bay’ drew praise from fans and critics.  The next three albums were released on Superball Music, including their breakthrough self-titled release.  Over the years, the band added vocals on occasion, expanding their sound and their willingness to experiment.  For the release of their new album, TRIPS, the band join InsideOut Music, the renowned Prog rock label, and it just might be their best work to date.

Seldom does the opening of an album sound so completely different than the songs that follow but that is the case here. “Getaway” opens with an 80’s synth groove, like something from the soundtrack for Iron Eagle 3.  The lead instrument is indeed the synth.  There is something that draws you in about this track, “What are they doing here?”  Seeing the video for this track, paints an even better picture.  (See video below).

The second track “Reconnect” has a solid rock groove.  The drums and keys lead the way, leaving space for the guitars to add colorful layers.  New vocalist Petter Carlsen cuts through like a sharp knife with his high pitch yells during the chorus.  The drastic shift in styles between the opening track and this one makes apparent that this album will be a wild ride.  The next track “Rewind” continues the shift in styles, opening with a haunting piano and only Petter’s voice filling the atmosphere.  The power ballad style chorus here drops out leaving only background noise until the epic crescendo.

The band return back to their roots with a hard rock instrumental in “Trauma”.  The band do not use extravagant guitar solos in their instrumentals but they are also not missed.  They use the space between the instruments to create a vast landscape of sounds and musical imagery.  It is heavy and enthralling without being too much.  The next track is also the first single “Lines”. It is the high adrenaline moment of the album and is easily one of the best rock singles of the year.   Everything about this song is memorable and magnificent especially the fast paced chorus.

Another highlight is the track “Plans” which starts off slowly but builds into a Zeppelin-esque rocker with full bombast.  Again Long Distance Calling show they have no use for the Verse Chorus Repeat format.  The songs have a natural evolution as with this track where the second half seems like a surprise but fits perfectly.  The album would not be complete without a long 12 minute track, which the band provide as the closing argument in “Flux.”  Of course, they go out as they came in, instrumentally. The song is almost a collage of all the songs on the album, part metal, part rock groove, part 80’s movie soundtrack.

Long Distance Calling have produced a stellar album, one that is thrilling, captivating, and original.  TRIPS is an album perhaps under the radar, but make no mistake, this album is awesome.  It is one that will end up on many end of the year best of lists, maybe to the surprise of those that did not check it out.  So don’t be one of those people.