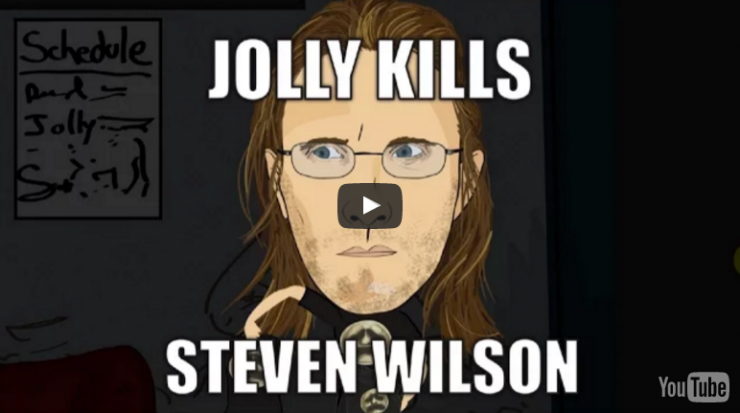 Jolly release cartoon having some laughs at Steven Wilson’s expense.

A band always known to not take themselves too seriously, Jolly have taken things to another level with their new self-produced cartoon series.  The first episode pokes fun at the band and at Icon Steven Wilson in the insane “Jolly kills Steven Wilson.”  The band has said they are fans of Steven Wilson and other Prog artists and that the cartoon is just to have some fun.  That aside, the quality of this cartoon is pretty great and worth checking out.

Jolly have recently launched a campaign on the site Patreon for their new album ‘Family.’ Fans can contribute to the recordings. The songs from the record will be unveiled one at a time, and patrons will receive “all sorts of perks”.  Anyone who signs up now will get the first three songs off of Family, as well as a bonus B-side and an alternative version.