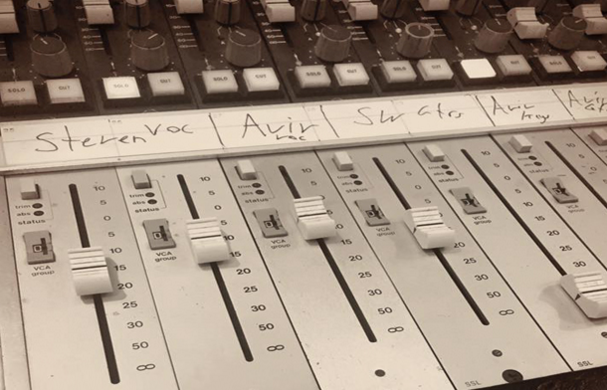 New update on the next Blackfield album.

In a new post on Facebook this morning, Blackfield, the group featuring Israeli singer Aviv Geffen and Steven Wilson, shared a photo of the mixing board with the label “Mixing – Blackfield 5.”  This is news that no doubt will excite fans of the band and fans of Wilson.  Wilson took a step back on the group’s 4th album, only collaborating on a few songs.  There is no word yet as to how much involvement he will have on this upcoming album, but from the looks of it, he will be singing some.  Stay tuned for news.

Here is a track from the last album.