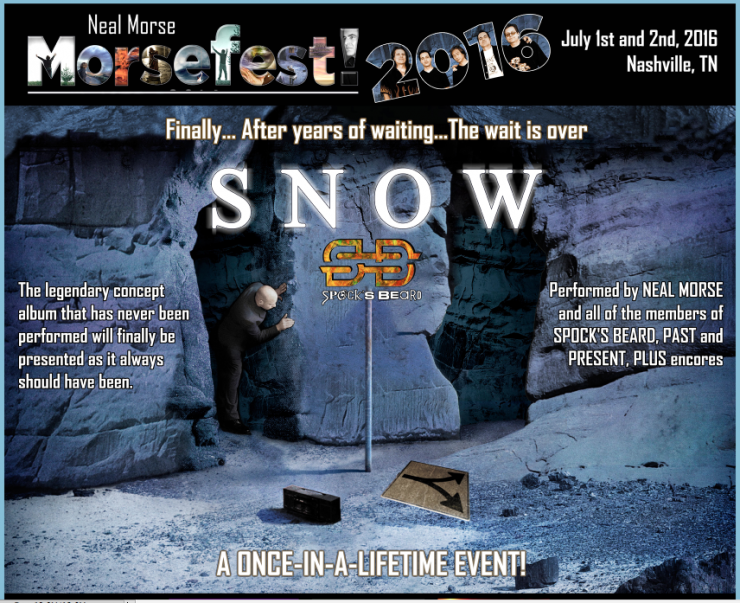 The cries of Spock’s Beard and Neal Morse fans have been answered!  Morsefest 2016 has just been announced and this time its the big one.  Neal Morse and the members of Spock’s Beard (Alan Morse, Dave Meros, Ryo Okumoto, Nick D’Virgilio and current members Ted Leonard and Jimmy Keegan) are joining for one night only to perform their classic album SNOW, the last album to feature Neal with the band he helped form.  The weekend will also feature a Storytellers night with Neal, Nick, Casey McPherson and Eric Gillette which will be on the opening night of July 1st.  Snow will be performed on the second night July 2nd.

Neal had to say this about the idea, “We have been kicking around the idea of doing SNOW together for quite some time. Morsefest seems like the perfect place to do it as it’s been so successful and well run and it’s a great environment! This year feels like the right time, and I’m looking forward to playing with the gang again as well as Jimmy and Ted and I hope it’s a great blessing to many people.”

Tickets go on sale on March 11 for Pre-Sale to Inner Circle members and March 12th to General Public at http://www.radiantrecords.com/products/623-morsefest-2016.aspx 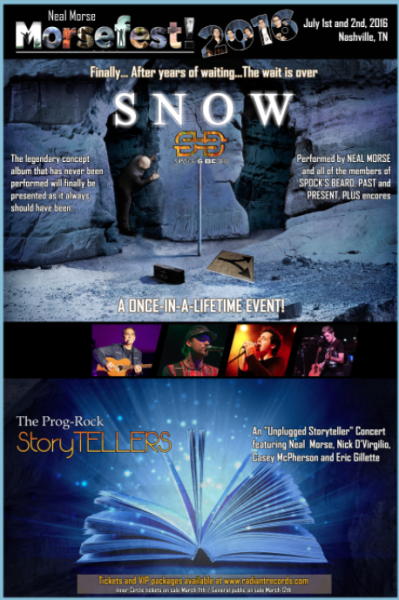