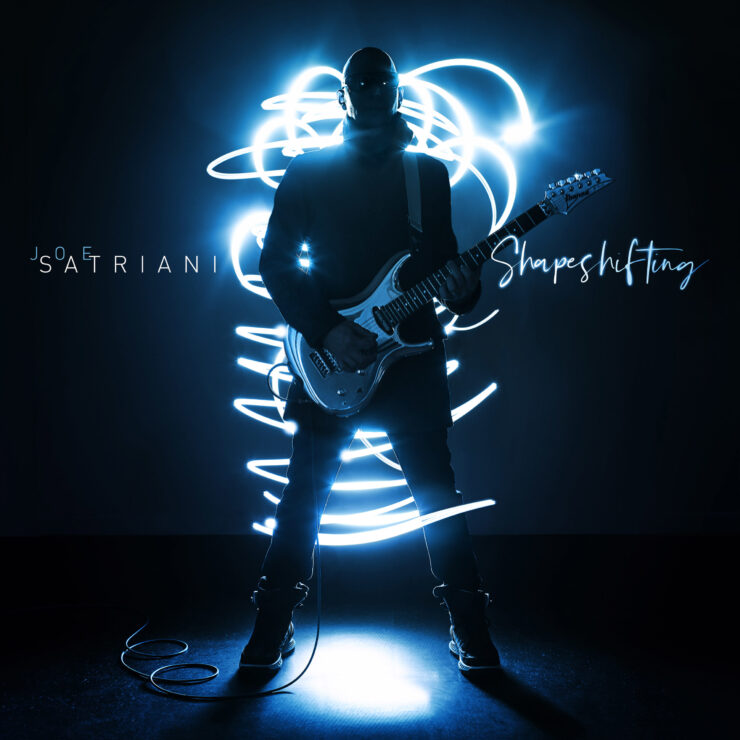 Joe Satriani, one of the most prolific and well-respected guitar players of our time, is back with another amazing album called Shapeshifting. It is hard to believe that this is his 18th album. What is even more remarkable is that this album sounds nothing like any of his other albums. Satch’s goal with this album was to have every song sound very different from the other and he achieved that. Where many of his contemporaries just churn out the same recycled instrumental guitar albums, Joe always seems to find a way to keep things fresh and creative.

On each of his albums Joe Satriani always seems to assemble an impressive All-Star cast of musicians and this album is no exception. For this project he enlisted the help of the infamous Kenny Aronoff on the drums, Chris Chaney ( Jane’s Addiction, Slash, Alanis Morrisette) on bass and keyboardist Eric Caudieux. He also had two special guests on the album: Lisa Coleman (Prince) on Piano and Christopher Guest on Mandolin. Co-producing the album was Jim Scott (Foo Fighters, Red Hot Chili Peppers, Tom Petty & The Heartbreakers) and longtime associate John Cuniberti oversaw mixing and mastering duties.

The album opener “Shapeshifting” which shares the albums name is a powerhouse of a song and immediately sets the tone for this album. The song starts off with a dazzling snare drum fill by Aronoff that leads into a great groove between the drums and bass. The guitar comes in and quickly helps build the song up through his signature lead lines and solos. The song quickly transforms into one of those familiar Satch songs with a cool new edge thanks to its rhythm section. Up next on the album is “Big Distortion” and it lives up to its name. The song is a driving straight ahead rocker that is full of power and attitude. The following track “All For Love” is one of those mid-tempo melodic songs that Satriani is known for. This song has such emotion and feeling that it sounds like it could have been in a movie soundtrack.

One of the coolest and most eclectic songs on the album is “Ali Farka, Dick Dale, An Alien And Me”. Imagine an African/World groove with some Surf Rock, some Satch Alien sounds and shredding. It is a wild combination of styles that all somehow work perfectly together. Another standout is “Perfect Dust” this is a fun upbeat bluesy twangy rocker with some great breaks with amazing melodic solos that only Satriani can pull off.

The first release off the album and soon to be fan favorite is the intense stadium 80’s anthemic rocker “Nineteen Eighty”. This song is just perfect and takes us all back to the era of big guitars and blistering solos. “All My Friends Are Here” is another memorable track that is just a feel-good groovy song that makes you want to go for a drive and blast the stereo.

If you ever wondered what a Satch Reggae song might sound like, “Here The Blue River” is the taste you have been longing for. It is remarkable that he can bring all of these styles together and it just fits effortlessly without feeling forced. The final track on the album is an acoustic guitar based uplifting happy fun song called “Yesterday’s Yesterday” full of mandolin, piano and whistles of all things. Guest musicians on the song are Lisa Coleman on Piano and Christopher Guest (Yes, Nigel Tufnel of Spinal Tap fame) playing Mandolin. This is the perfect way to end such a diverse, eclectic and shape shifting album.