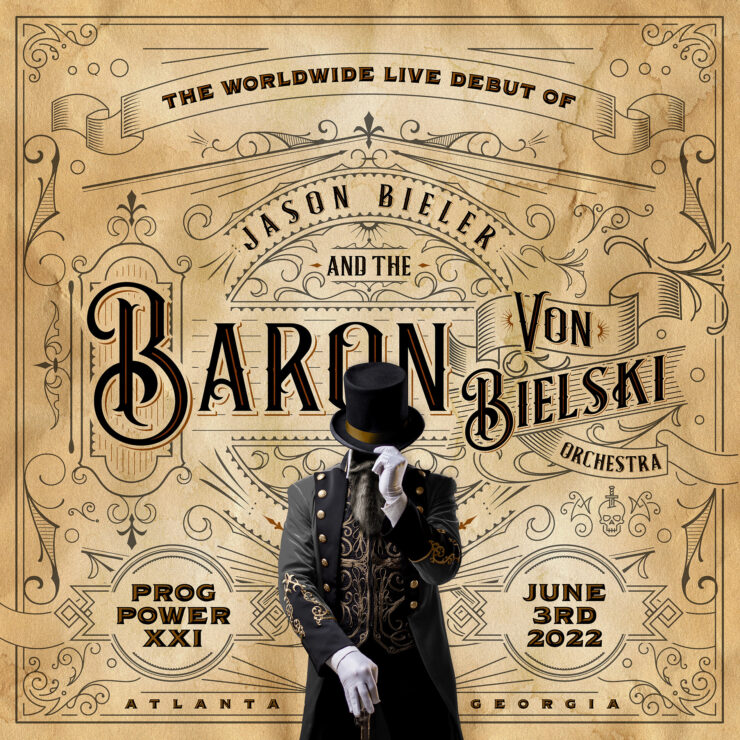 Jason Bieler and the Baron Von Bielski Orchestra will make their worldwide live debut at the ProgPower USA XXI festival next summer.

Jason Bieler and the Baron Von Bielski Orchestra will make their worldwide live debut at the ProgPower USA XXI festival next summer.

The Baron commented:
“Having myself and the entire Baron Von Bielski Orchestra make our worldwide live debut at the legendary ProgPower Festival in Atlanta “was” going to be a personal career highlight…until I realized it was only due to “other bands” Visa restrictions. Truth be told though, this is the same strategy we used to become the kings of Korean Boy Band pop…so it is familiar and comfortable territory.

We are excited, thrilled and chuffed to bits…and that was just based on our catering rider being approved! We cannot wait to see all of you amazing people and bring the ruckus that is the BVBO! I am equally excited to see and read all the “I totally read that as “Justin Bieber” comments.”

ProgPower USA will take place in Atlanta, Georgia, June 1-4, 2022. Due to consecutive postponements as a result of the pandemic, a limited number of tickets were placed back on sale after the initial sell-out. Please visit www.progpowerusa.com for further details.

You can watch the video created by My Pet Skeleton here:

“Human Head” and more from Jason Bieler is available at
https://jasonbieler.bandcamp.com/.