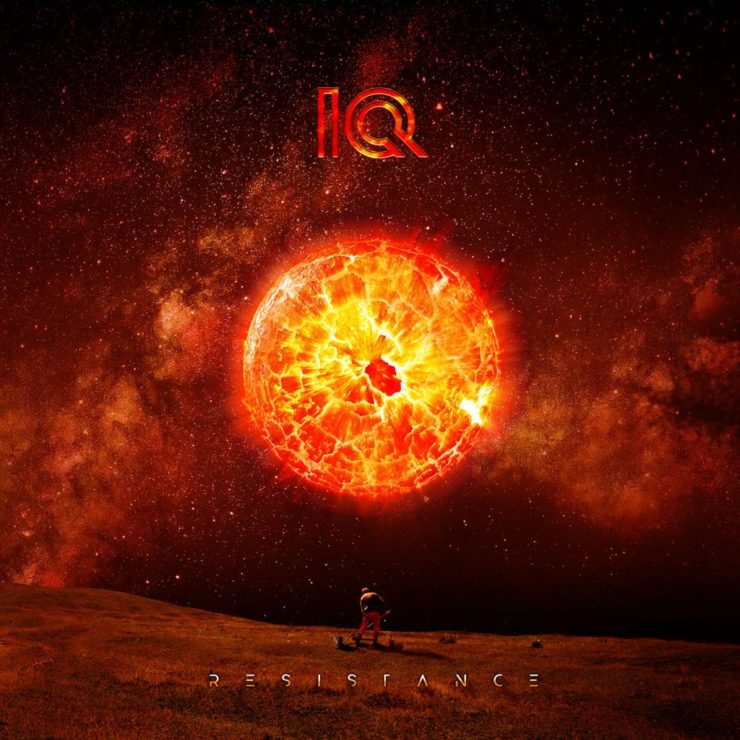 Review of new album from IQ – Resistance out on September 27th, 2019

5 years…this has been the span between the last few IQ albums – The Road of Bones in 2014, Frequency in 2009 and Dark Matter in 2004. Like The Road of Bones, the band’s latest and twelfth studio album, Resistance, is a lengthy double album with a second disc of material “that didn’t quite gel with the atmosphere of disc one” according to founding member and guitarist Michael Holmes. He goes on to say, “This has been an interesting album to work on – years of talking about it and putting down all the different ideas in demo form, and then a frantic period of trying to finish it for the scheduled release date. It would have been quite easy to put out ‘The Road of Bones Part 2’ but it felt a bit different this time and we just let the music dictate to us the kind of album it should be.”

Resistance returns the same lineup as the previous album and exudes quality at every juncture with the instantly recognizable sound of Peter Nicholls’ vocals, Michael Holmes’ elegant guitar, Neil Durant’s silken keyboards and the impressively tight rhythm section of drummer Paul Cook and bass player Tim Esau, an impressive collection of musicians as you could wish for. They are all on top form here, as is the production.

The album opens with the powerful and dark track “A Missile”. The keyboards and drums drive this one as Nicholl’s unique phrasing cuts through. The second track “Rise” continues with the barrage of heaviness from the album’s opener. This is IQ at their most aggressive. Other highlights that will go on to be fan favorites include the epic progressive brilliance of triumvirate “For Another Lifetime”, “The Great Spirit Way” and “Fallout”, each over 15 minutes in length, while the winsome beauty of “If Anything” and the melodic “Shallow Bay” cannot be denied.

This is a solid album but perhaps lacks the immediacy of its predecessors. It requires a few listens to fully absorb.  There is no such thing as a bad or an average IQ release, however, Resistance might just sit behind the recent albums mentioned earlier. In the same way that generally only Apple fans will upgrade to the latest iPhone model, Resistance will immediately appeal to the band’s loyal fanbase. For those that have never been fans it will not change their minds and, for those new to the band, I’d resist this album before searching out some of their classic albums in their catalog first.