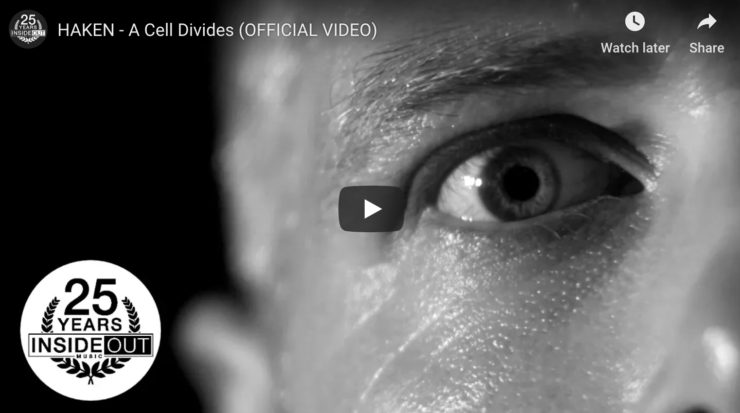 HAKEN are set to release their much-anticipated fifth studio album titled ‘Vector’, in a week’s time on October 26th, 2018. The album was produced by the band themselves, and recorded & mixed by Adam ‘Nolly’ Getgood (Periphery, Devin Townsend Project), with the artwork once again being handled by Blacklake.

Read our review of Vector here.

Today the band have released a video for ‘A Cell Divides’, the third track taken from the album. Watch it now here:

The band comments: “Spawned from some hotel room writing sessions last year, Vector’s album closer was a fresh approach to concise song writing, for which we are not typically known. While the lyrics in A Cell Divides unlock more clues to the narrative of Vector, the video, filmed mostly in slow motion, contradicts the frantic pace of the song and delves into the beauty of flawed and warped imagery.”