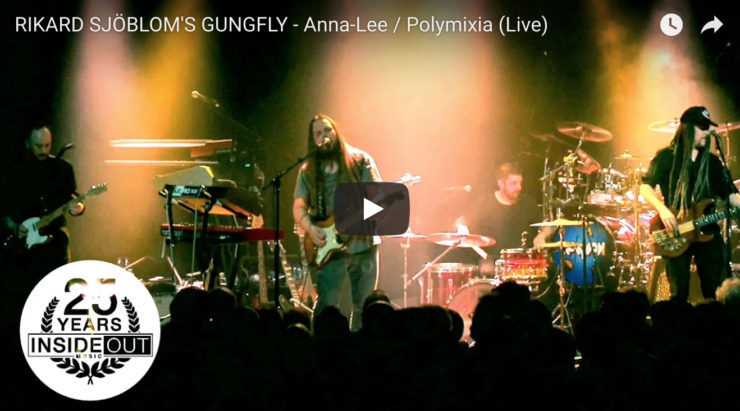 Rikard Sjöblom’s Gungfly recently announced the release of ‘Friendship’, their brand new studio album, due out November 9th, 2018, following the release of 2017’s ‘On Her Journey To The Sun’, as well as 2018’s retrospective 5CD collection ‘Rumbling Box’.

The band masterminded by former Beardfish frontman & current Big Big Train member Rikard Sjöblom have also been playing select shows this year, and to give fans a taste of what Gungfly are like live, you can now watch a clip of the band performing the older tracks ‘Anna-Lee’ & ‘Polymixia’ here:

Rikard comments: “In January 2018 we went out with Gungfly to support Kayak in Holland on their ‘Seventeen’ tour. It was a fun tour – we ended up playing a mix of material from all the albums in our set and one evening in Zoetermeer the cameras were rolling. I thought it sounded nice and thought to myself, why not release a couple of songs online? When it came to pick the tunes I wanted to share both the rocking, pop-oriented side of Gungfly with the track ‘Anna-Lee’ (‘The Unbendable Sleep’, 2015) but also the more intricate and prog-rocking 11 minute instrumental extravaganza that is ‘Polymixia’ (‘On Her Journey to the Sun’, 2017) and they both share these funky elements so I think they go well together and showcase some of the variety in the Gungfly catalog. Now go dig it!”

The album will be available as a limited CD Digipak & gatefold 2LP + CD (both including 3 bonus tracks) as well as digital download. Pre-order now here: www.insideoutmusicshop.com