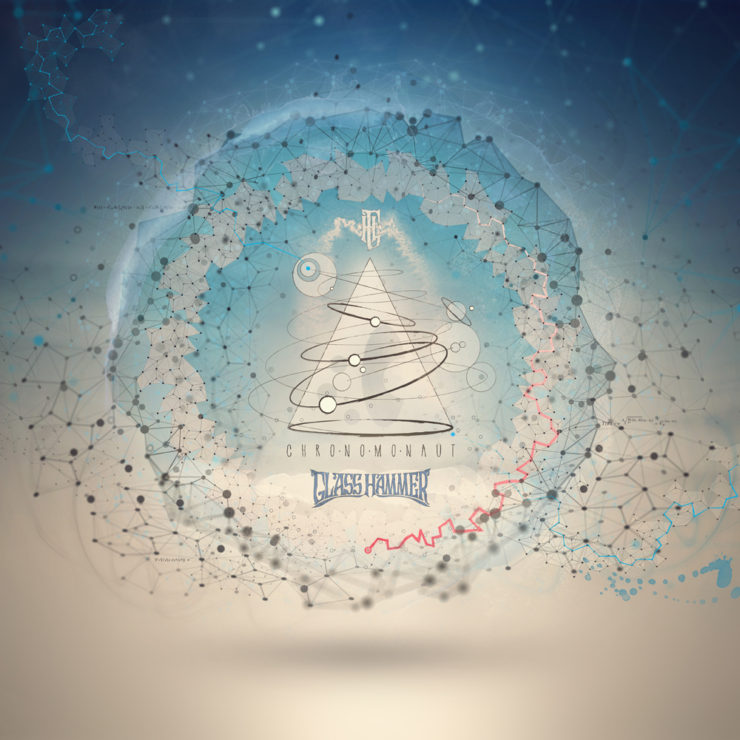 New album by Glass Hammer – Chronomonaut, out on October 12th, 2018

American prog band Glass Hammer have a history of making progressive rock music longer than many bands on the scene. Debuting in 1992, Chronomonaut is their 17th album to date and, like all those previous is centered around the music of Steve Babb and Fred Schendel. This time GH look back over their shoulders at their fourth full release, Chronomotree, which was the story of a young man who is convinced that aliens are trying to speak to him through his beloved prog music! Well the new album is a sequel and tells us what happened to that young man, Tom, now approaching mid life. The story and the lyrics take a respectful but light hearted look at this prog fan, with tongue in cheek musical references and nods throughout. Like Chronomotree, Susie Bogdanowicz sings on the album, which also features guest appearances by Discipline’s Matthew Parmenter on vocals and Chris Herin on guitar.

The classic Glass Hammer sound is intact, diverse, clever time signatures, stand out solos and recurring themes appear throughout. To this listener the album really takes off when Tom travels through a portal back in time… after a Jarre-esque instrumental called “Clockwork” there is a beautiful song called “Melancholy Holiday” with stunning female vocals by Suzie. The Schendel instrumental “It Always Burns Sideway” covers a great variety of styles across its movements, and glorious spotlights for the players, including some Howe-esque guitar from Phil Styles, and Schendel’s signature Moog soloing. “Blinding Light” is a slightly atypical poppier song, with electric piano and a horn section followed by another instrumental “Tangerine Meme” (which is heavily influenced by the band of that name one assumes!). The grand finale “Fade Away” brings all of the main characters/ vocalists back to pull the story together (you can check the sleeve notes and reach your own conclusions about where Tom is today).

If you’re a Glass Hammer fan like me, there is much to enjoy here – and actually it led me back to listening to “Chronomotree” which has also been upgraded and reissued. As a fan, perhaps the one thing I missed was the more upfront/live sound that the album’s predecessor “Mostly Live in Italy” had, but that’s just a preference and in no way takes away from this glorious celebration of the band past and present.