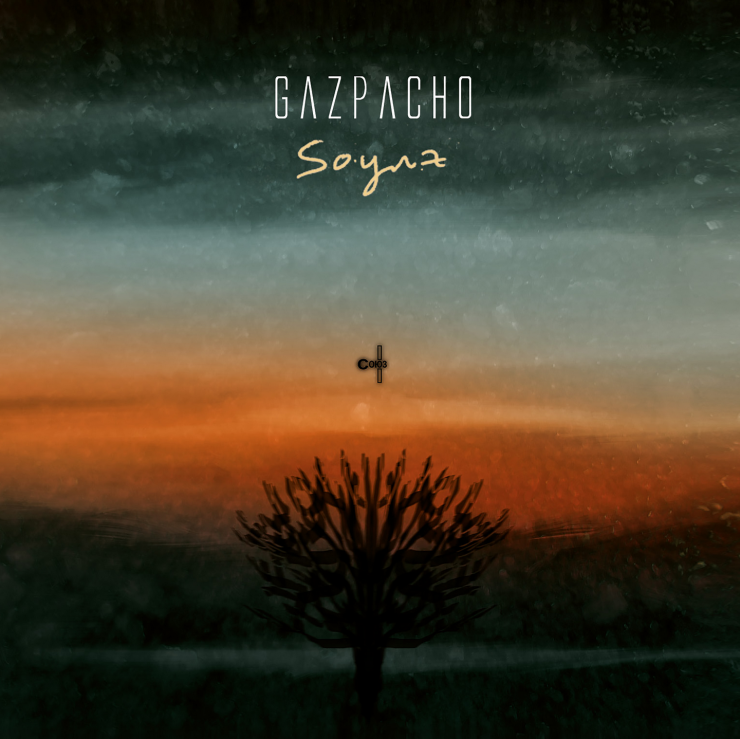 Norway’s Gazpacho are one of progressive rock’s most unique entities. The darker, more haunting the subject matter, the better for this group, who’s previous album titles include March of Ghosts and Demon. Even their last album Molok claimed to have the ability to destroy the universe. What makes this band different and yet, still prog, is their ability to experiment with soundscapes, themes and ambient sounds. You won’t find this group shredding, or putting in extravagant guitar solos. In fact, that would not even make sense within the scope of what this band is able to do. With their latest album Soyuz, the band bring much of the same style as previous albums, but continue to expand their musical pallet and offer more for the listener to absorb. Once again Gazpacho have proven they belong within the upper echelon of prog bands.

The album begins with “Soyuz One,” a song about the doomed Russian space capsule Soyuz and its iconic captain Komarov. The track develops slowly in the typical Gazpacho style with sound effects and drum samples building the backing track. Vocalist Jan Henrik Ohme has a seductive way of singing that is both beautiful and haunting at the same time. Meanwhile, Thomas Andersen’s toy piano sound has become a staple of Gazpacho’s sound and returns once again here to provide a centerpiece musical moment for the song. Midway through, the song explodes with guitars and drums, reminding the listener that this band is capable of disrupting your senses.

An unexpected surprise comes with the second track “Hypomania.” This is perhaps one of the best the band has released in a while. The band rarely provide upbeat rock moments, but this is one of them and it is brilliant in its execution. This is the track Radiohead have been unable to write in the last 20 years. The verse is is a mere build up to the great chorus which is built musically again around the keyboards and drums. The keyboards sounds like distorted bells making while the guitars and drums continue to carry the emotion in the track. Do not miss this song. The only complaint is that it is too short.

Gazpacho once again return to their experimental side with the track “Exit Suite” a mostly instrumental, ambient track that again features that signature piano sound. The song serves as an intro to another highlight of the album, “Emperor Bespoke,” which recalls the album Demon with its harpsichord and banjo-led instrumentation. The song still has subtle yet brilliant hooks throughout. Another great song is the ballad “Fleeting Things” which finds the band as close to writing a true ballad single as they’ve ever come. The hook here is undeniable, yet there is enough strangeness here to wonder what the band is going for. The band add the track “Soyuz Out” to offer another epic moment to the album. The track finds the group embracing their heavier side.

Gazpacho continue to amaze with each release. This is an album that sneaks up on you and before you know it, you are listening to it daily, over and over. It has so much to offer musically, lyrically, and is thought-provoking and interesting at every turn. Soyuz is another winner from the the group and one that will no doubt be one of the top albums this year.