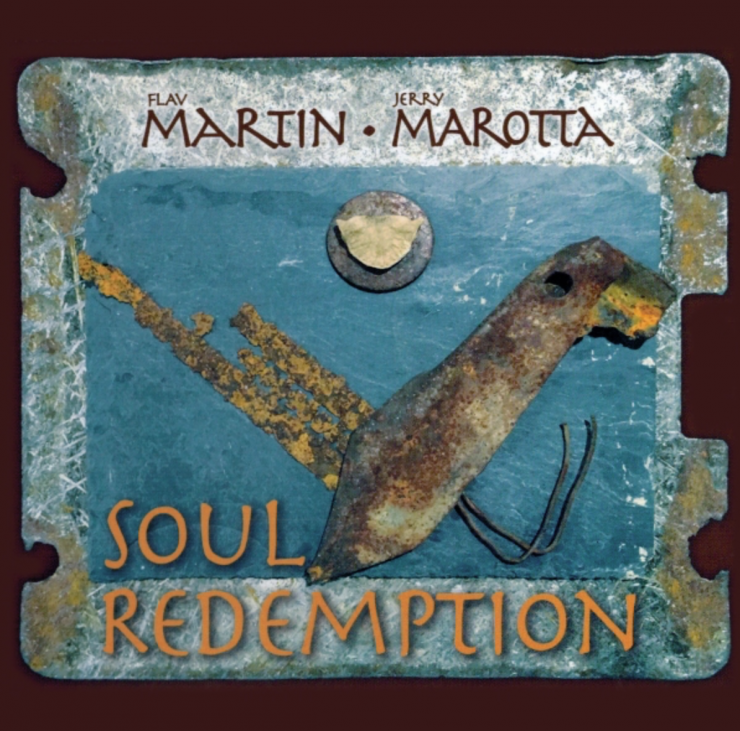 Peter Gabriel’s rhythm section of his classic line-up, Jerry Marotta and Tony Levin, reunite for the backbone of this album!

Soul Redemption is the debut release from singer/song writer Flav Martin and drummer Jerry Marotta. The duo harmoniously blends modern adult rock with traditional world pop. Whether performed in a cafe in Italy or on the polo fields of Indio, these songs would feel comfortably at home in either environment.

Credited as one of the most innovative acoustic guitar players on the scene today, Flav Martin blends beautiful melodies with intricate technique, voicing, and a percussive style that leaves people saying “How does he do that?”. Throughout his career Flav has performed with David Crosby, Al Stewart, Suzanne Vega, Tommy Emmanuel and more. Flav’s many writing credits include Saturday Night Live, PBS, Canon Films. All but two of the songs on this album were written
by Flav.

World renowned drummer, touring and session musician/producer Jerry Marotta has left his mark on countless recordings by Paul McCartney, Hall & Oates, The Indigo Girls, Marc Cohn, Sarah MacLachlan, and John Mayer to name but a few. He first entered the music scene as the drummer for Orleans with the hit single “Still the One” followed by a decade of performing and recording with Peter Gabriel. His rhythmic drumming and world music inspired percussion complement the acoustic flavor of Flav’s guitar.

Fans of Peter Gabriel will delight as Jerry Marotta and Tony Levin, the rhythm section of his classic line-up, reunite for the backbone of this album. Also backing up the duo are their long time friends Peter Primamore (piano), Thor Jensen (guitar), Marc Shulman (guitar), and Gary Schreiner (harmonica/accordion).