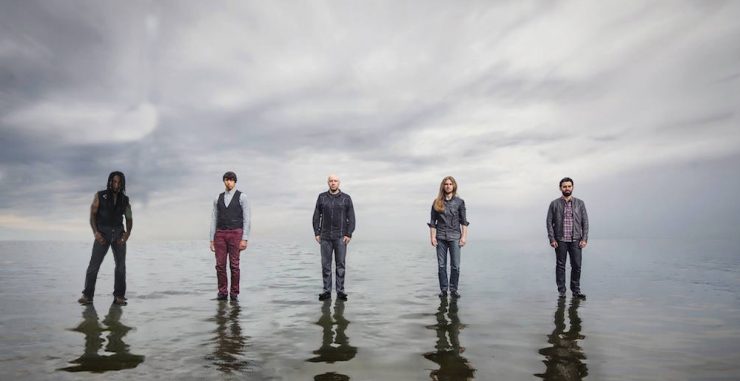 Earthside, the New Haven-based progressive ensemble, has launched a new track, “Mob Mentality,” the second song to be released from the band’s upcoming debut, A Dream in Static, which is due out later this year. The nearly 10-minute track features guest vocals from Sevendust frontman, Lajon Witherspoon, and a full orchestral arrangement composed by guitarist Jamie van Dyck and performed by the Moscow Studio Symphony Orchestra (MSSO).

“‘Mob Mentality’ was a four-year undertaking that became an epic journey that took us all over the world,” van Dyck told Loudwire. “It connected us with all sorts of collaborators and new friends. The song began as my senior composition to complete the undergrad music major at Yale, and has since led my bandmates and me to record the Earthside tracks in Stockholm, the Moscow Studio Symphony Orchestra in Russia, and Lajon’s vocals in Iowa with 3 Years Hollow vocalist Jose Urquiza at the helm engineering the vocals session and performing some of the backing vocals on the song.

“Working with LJ and composing for a full orchestra are each lifelong dreams that have been fulfilled, and I’m very grateful to the contributions from them, my bandmates, and so many others who allowed for such a stupidly ambitious vision to actually be realized.”