Next To None release lyric video “Blood on my Hands” 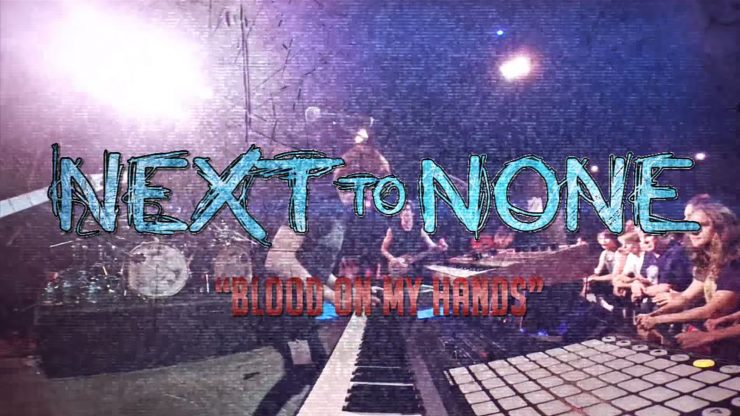 Produced by Mike Portnoy, Next To None release new lyric video “Blood on my Hands”

Next To None, the band featuring Max Portnoy and drums and produced by his dad Mike Portnoy have revealed a lyric video for the album’s closing epic track, “Blood on my Hands.”  The band is a week away from the release of their debut album ‘A Light in the Dark’ on June 29th, 2015.

Vocalist/keyboardist Thomas Cuce had this to say about “Blood On My Hands”:

“At the time [I wrote the lyrics] it seemed like every day there was a different person going crazy somewhere and shooting up a building or whatever, and I would ask my self ‘Why does this keep happening? What was that person thinking? What led them to do this?’ So I tried to put myself in this person’s head. I created a character and started from the aftermath of the event, which is where we first hear about it in the news.” Of the song’s extended arrangement, he says, “It took us months to write this song and then months to learn it. We had a big dry erase board that we used to chart out all the parts with the time signatures until we had them memorized.”

blood on my hands mike portnoy Next To None progressive metal