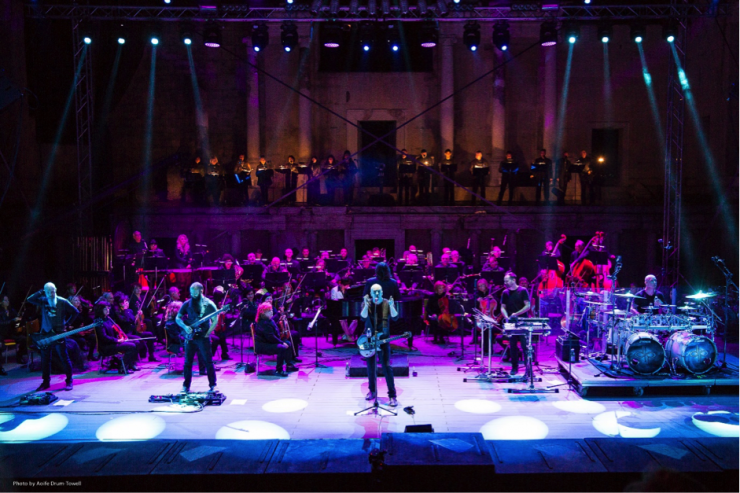 On the September 22nd, 2017, Devin Townsend Project played a special show at the Ancient Roman Theatre in Plovdiv, Bulgaria, celebrating the 20th anniversary of the landmark Ocean Machine album in full, as well as a set of fan-requested tracks alongside the Orchestra of Plovdiv State Opera. This concert was filmed, and today it sees its release as ‘Ocean Machine – Live at the Ancient Roman Theatre Plovdiv’.

Check out our interview with Devin here.

To celebrate, a video clip of the band performing ‘By Your Command’, alongside the orchestra, can be seen here: