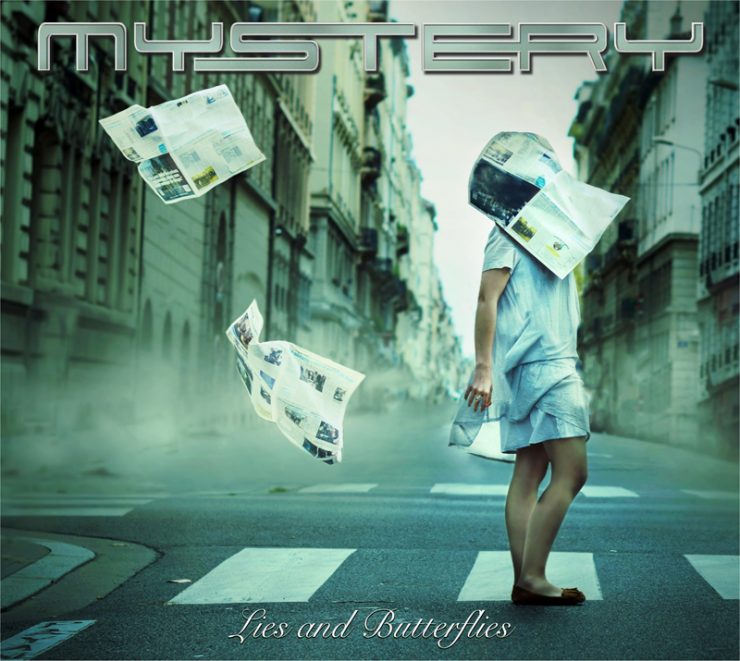 Mystery will play Night of the Prog on July 14th.

Canadian prog group Mystery are announcing a new studio album Lies and Butterflies August 1st. The album contains 7 songs, 1 hour of new mysterious music once again produced and mixed by Michel St-Pere, mastering by Richard Addison and a beautiful cover by Julie de Waroquier.
​
A little more than 2 years after the release of the world acclaimed album Delusion Rain, and a year after the double Live album Second Home and DVD of the same name, Mysterons Jean Pageau on Lead vocals, Flute and Keyboards, Francois Fournier on Bass and Keyboards, Jean- Sebastien Goyette on Drums, Sylvain Moineau on guitars and keyboards, Antoine Michaud on Keyboards and Michel St-Pere on guitars and keyboards have worked together to bring you once again an album full of emotion and moods and looking forward to bring the new material on a stage near you very soon.
​
Track list:
​
1.Looking for Something Else
2.Come to Me
3.How do you Feel?
4.Something to Believe in
5.Dare to Dream
6.Where Dreams come Alive
7.Chrysalis

Audio samples of the albums are available on the mystery website https://www.therealmystery.com/sounds