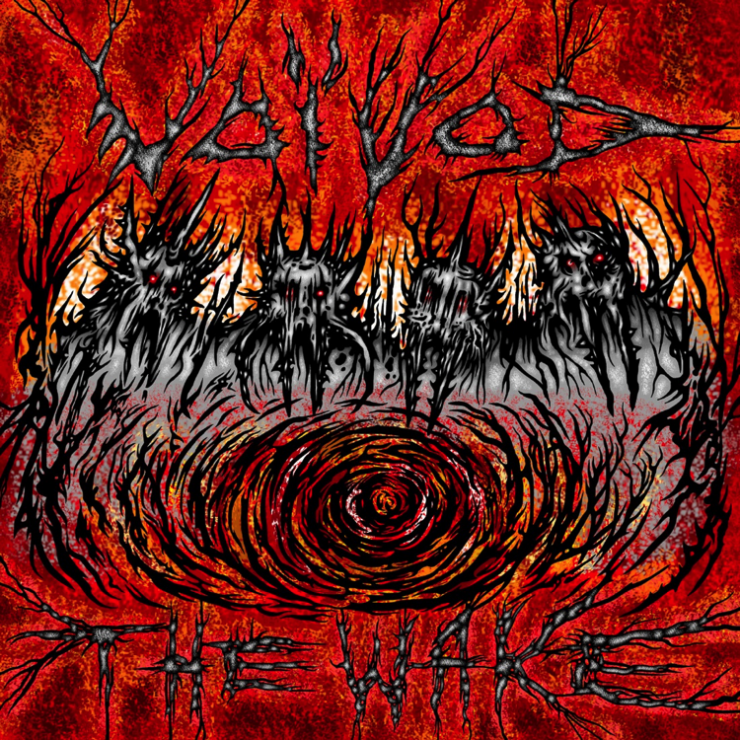 The first single off “The Wake” is expected for release on July 20th.

“The Wake”, the highly anticipated successor to 2013’s “Target Earth” album as well as the 2016 mini-album “Post Society”, was recorded and mixed by Francis Perron at RadicArt Recording Studio in Canada. The album‘s artwork was once again created by VOIVOD drummer Michel “Away” Langevin and can be seen above.

VOIVOD guitarist Daniel “Chewy“ Mongrain” checked in with the following comment: “It is with great enthusiasm and pride that we will soon share with you the fruit of 2 years of labor in the form of an intricate, intense and colorful journey with our new album ‘The Wake’, expanding the boundaries of VOIVOD’s multiverse!”

The album’s track-listing reads as follows:

The first single off “The Wake” is expected for release on July 20th.