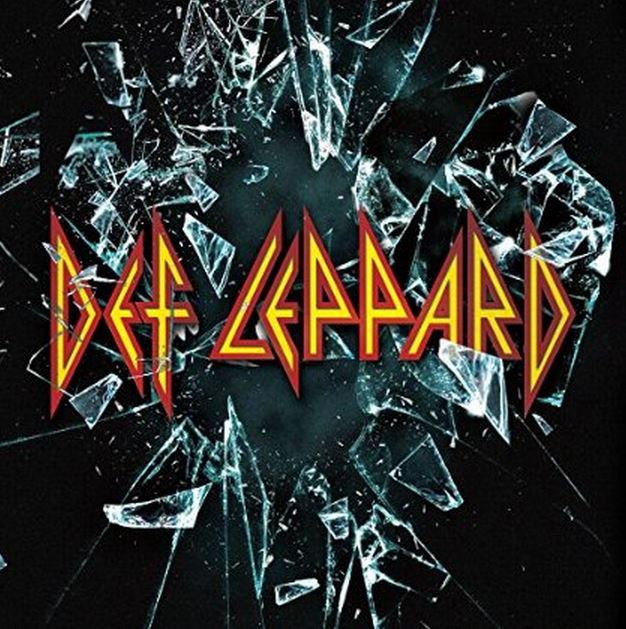 Def Leppard remain one of the Hard Rock bands from the 80s that have always appealed to me.  While they are not known by any means as a Prog band, their use of guitars, vocal harmonies and production has always been similar to Queen, ELO, The Beatles and Led Zeppelin and with those elements to their music, I have found they oddly share an audience with fans of those bands and even with bands like Rush, Genesis and others.  They are even touring with Styx.  So based on that, I am happy to be able to review their new album, the self-titled Def Leppard.

As a long time fan of the band, I have always been drawn to the harder side of the band.  Of course, albums like High’N’Dry, Pyromania and Hysteria come to mind, but its the particular songs on those albums such as, Die Hard the Hunter, Gods of War and Another Hit & Run that were just as good if not better than any of the million selling hits.  Euphoria also had some outstanding moments in “Promises” and “Paper Sun.’  But since that album, the band has struggled to make an album that was truly Def Leppard.  X was a blatant attempt at being commercial and Sparkle Lounge was a straight forward rock album.  While still very good, both were missing something that the previous albums had, a bit of that Def Leppardness.

With the self-titled album, the band have brought a little bit of everything.  This is really the first time they have made an album like this.  They do not stick with one style or sound but rather go bring back some of the earlier styles and even explore some new territory.  They sound refreshed and rejuvenated here. Joe Elliot sounds as good as ever as do the rest of the band, all taking moments to shine.

The album singles, “Let’s Go” and “Dangerous”(the album’s best track) are clearly representative of the Hysteria era with the big vocals, drums and arena style choruses.  Songs like “Man Enough” ( a dead ringer for Queen’s “Another One Bites the Dust”) and the acoustic “Battle of My Own” could be from the Slang period,  the electronic-based “Energized” could be from X, while the epic “Wings of an Angel” is drawn from the Euphoria days.  What is exciting is a return of some of the raw heavy energy the band used to have with tracks like “All Time High” and Broke’n’Brokenhearted which lie between the High’N’Dry/Pyromania era.

One of the highlights is the ballad “We Belong” which features all members taking turns at lead vocals.  It is also the best ballad the band has written since Hysteria.  The album closes with the epic “Blind Faith” which is probably the album’s most original song for the band.  It has a 70’s Beatles meets Led Zeppelin feel but pulled off with that Def Leppardness I mentioned earlier.

Indeed calling this album Def Leppard is perfect because it is truly them from beginning to end.  It is all things Def Leppard with no apologies for what and who they are.  After decades of churning out hits, it remains that no one sounds like this band and that is why they still fill arenas to this day.  This album is a celebration of the band and one that fans will love and blast out loud.