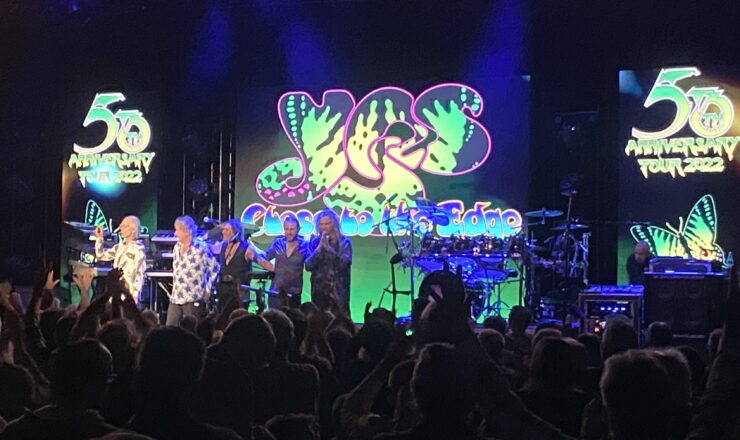 A lot of things have happened since I bought the ticket for this show originally scheduled for 2020… a global pandemic, obviously, a new Yes album and, sadly, the death of long standing member and drummer, Alan White. In addition, the band decided that for their return to live performance, they would celebrate 50 years of the Close To The Edge album, rather than tackle the previously announced Relayer (and I’ll admit it now, that disappointed me). In spite of all this and, not forgetting the ongoing unknown factor that this virus can halt touring overnight, Yes came on stage in Dublin tonight, following a video tribute to Alan White which was a nice acknowledgment of the drummer’s career and family.

“The Firebird Suite” naturally got things underway and the opening track, a 2022 rearrangement of Tormato’s “On The Silent Wings of Freedom,” was a rousing and confident start – not played since the 1979 tour, it’s a powerful track, immediately showing that the band you see on stage can confidently tackle certainly any 1970s Yes Music. 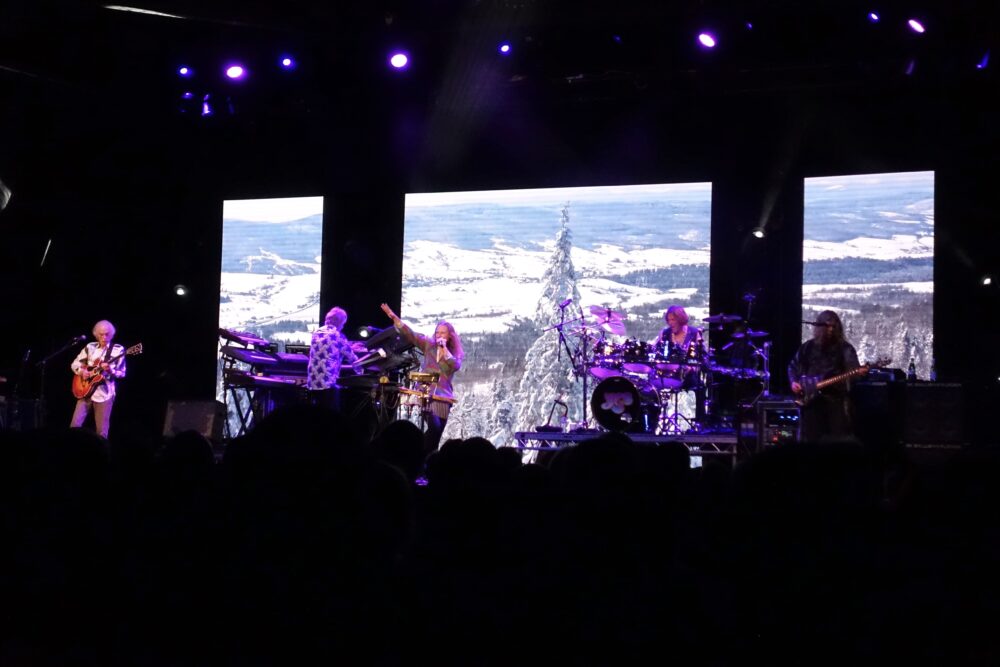 This is the 6th time I’ve seen Yes live, my first being on The Ladder tour, and yet the setlist contained 5 songs I’d never heard the band play live before. In addition to OTSWOF, Drama’s “Does It Really Happen” was included which gave Billy Sherwood the opportunity to demonstrate his bass guitar skills. Confidently playing this complex piece, his self-confessed Squire influenced style has developed greatly, allowing him to own the bass parts rather than just replicate his hero.

For a band with a massive back catalogue, playing two tracks from their most recent album, The Quest, could be a bit risky. But the tracks including the album opener “The Ice Bridge” were performed and received with the same enthusiasm and gusto as the classics. The “up” tempos and live feel particularly benefitted “Dare To Know” and instilled energy that the studio cut lacked.

The other “new to me” track was “No Opportunity Necessary, No Experience Needed” from the band’s second album. A creative cover version of a Richie Havens song, something the early band was particularly good at. It was preceded with a tribute to guitarist Peter Banks from Steve Howe. As with the very new tracks, you could come up with a valid reason why the band shouldn’t play this and go with something more familiar, but this version rocked with Sherwood and Jon Davison’s vocals being on point. Who could argue with “Heart of the Sunrise” as the Set 1 closer? I’ve read some critique in previous reviews of how Geoff Downes’ interpretation of some of the parts in this song strays from Rick Wakeman’s originals. Personally I’ve no issue with that – each band member brings their own steer to the back catalogue, and has done since the first line up changes. But tonight Geoff Downes’ performance combined accuracy and energy, as drummer Jay Schellen lifted the tempos to an extent from how some of these classic pieces had been played in the past. Geoff’s 11 years in the band line up since rejoining are well and truly hard earned and he does a great job.

I mentioned at the start I was really disappointed to learn the band wouldn’t be playing the Relayer album this tour and instead would celebrate 50 years of Close to the Edge. Pretty much every Yes show I’ve ever seen has contained at least 2 of the 3 songs on CTTE, and I’ve seen the album played in full on the 2014 tour featuring Squire and White. So I was skeptical as to what this could add to my Yes experience. Well, I’m glad to say that the performance exceeded all of my expectations. Of course, vocalist Jon Davison carried the weight of performing the lead vocals laid down by a 27 year old Jon Anderson – but every song was executed with great emotion and all the high notes were hit! The band followed suit with drummer Jay Schellen’s style reflecting a hybrid of the studio original played by Bill Bruford, and the live renditions owned by Alan White since he joined the band. All of the familiar parts were there but you can see how Schellen enjoyed playing off the band members, particularly Sherwood, with swing and panache. 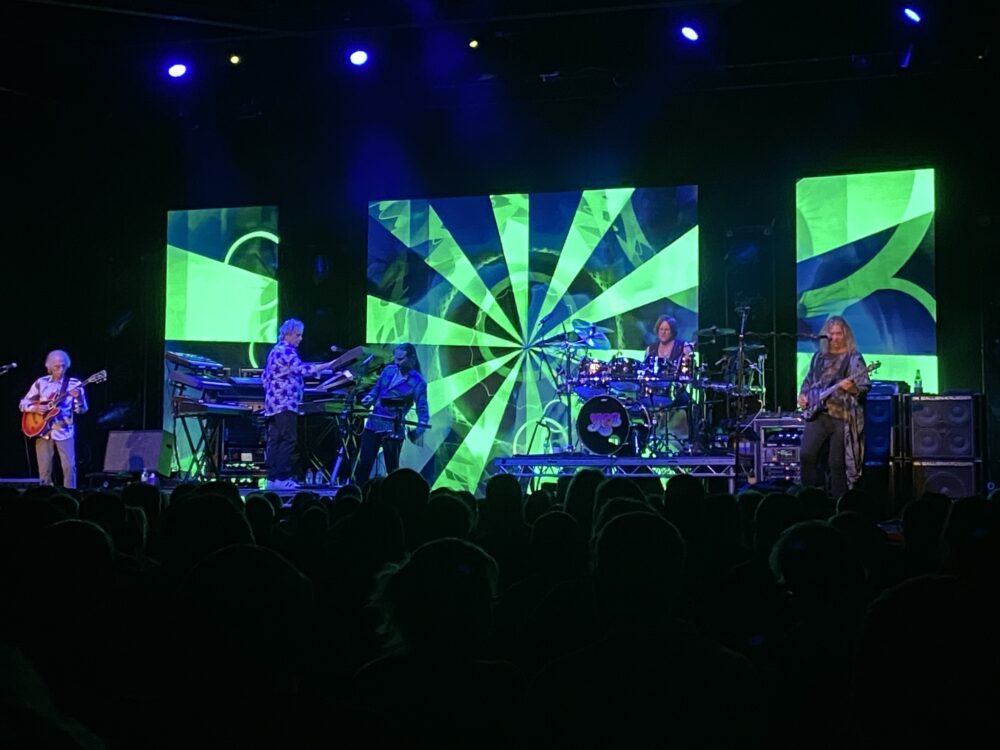 Every song from CTTE received a well deserved standing ovation from the close to full house in Vicar Street. Certainly I left the venue, as did many others, feeling they had had a “full fat” Yes experience, rather than a “skimmed milk” tribute band.

“Roundabout” and “Starship Trooper” remained the standard set closers, with lots of moments that featured each band member at their finest, as opposed to seeing a band simply completing their obligatory encores.

Howe, Downes, Davison, Sherwood and Schellen are Yes. Tonight they proved again to me they have earned the right to bear that name. I hope they return to Ireland next year with the Relayer album in tow, and judging from the enthusiasm tonight that would seem like a no brainer

1. On The Silent Wings Of Freedom
2. Yours Is No Disgrace
3. No Opportunity Necessary, No Experience Needed
4. Does It Really Happen
5. The Clap
6. Wondrous Stories
7. The Ice Bridge
8. Dare To Know
9. Heart Of The Sunrise
10. Close To The Edge album in full
11. Roundabout
12. Starship Trooper