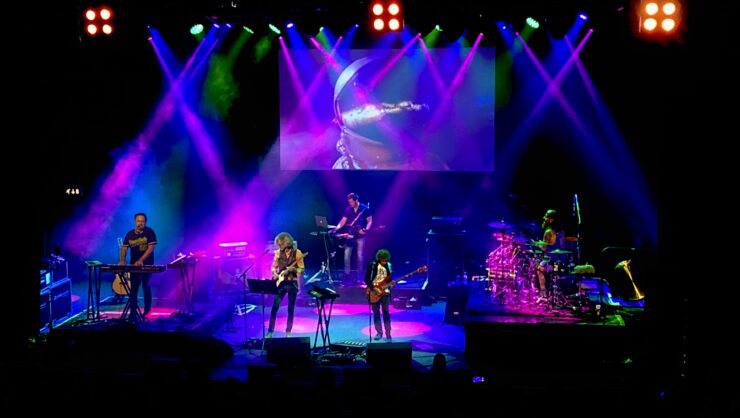 Review of Transatlantic ‘The Absolute Universe’ Tour in London, 2022

As Mike Portnoy reminded us tonight, this final run of shows in Europe signifies the end of a flight for the Transatlantic airship that started in Sweden in September 2019, when the band met for the first time since 2014 to write and record what became The Absolute Universe album. Covid intervened, which meant that the London debut of music from this album finally arrived almost 3 years later – and, boy, did it arrive!!!

Kicking off with a full performance of said album, the band bounced on stage and, accompanied by Ted Leonard as instrumental and vocal utility guy, hit a musical trajectory that was basically vertical. Starting, and subsequently usually referred to, as a “super-group”, on account of the band members’ pedigree gained in other groups, Transatlantic has established its own sound and synergy – and it’s clear that the U.K. audience were delighted to be experiencing that once more. Both band and audience maintained high energy levels across the 3+ hours of the show. The Absolute Universe was presented in a version closest to the Ultimate Version which appears on the blu ray, covering all of the key songs on the album, united into a two part piece. As an audience member you find your attention shifting around the stage as different band members pick up the lead vocals or instrumental features. The Portnoy/Trewawas rhythm section were tightly locked together, while Stolt’s improvisational style brought some great soloing to the piece. The “sideways drum kit” set up familiar to those who’ve seen the band before, allowed interplay between all the band members, between Morse and Portnoy on their risers, and even some stick throwing / dropping between Ted and Mike. It’s hard to pick a highlight, but for me, the section from “Can You Feel It” right through to the end is a stand out piece of music, accompanied by great visuals and – I have to say this for the whole show – brilliant lighting / effects which truly added to the experience, and, from where I was sitting, an incredible sound mix. 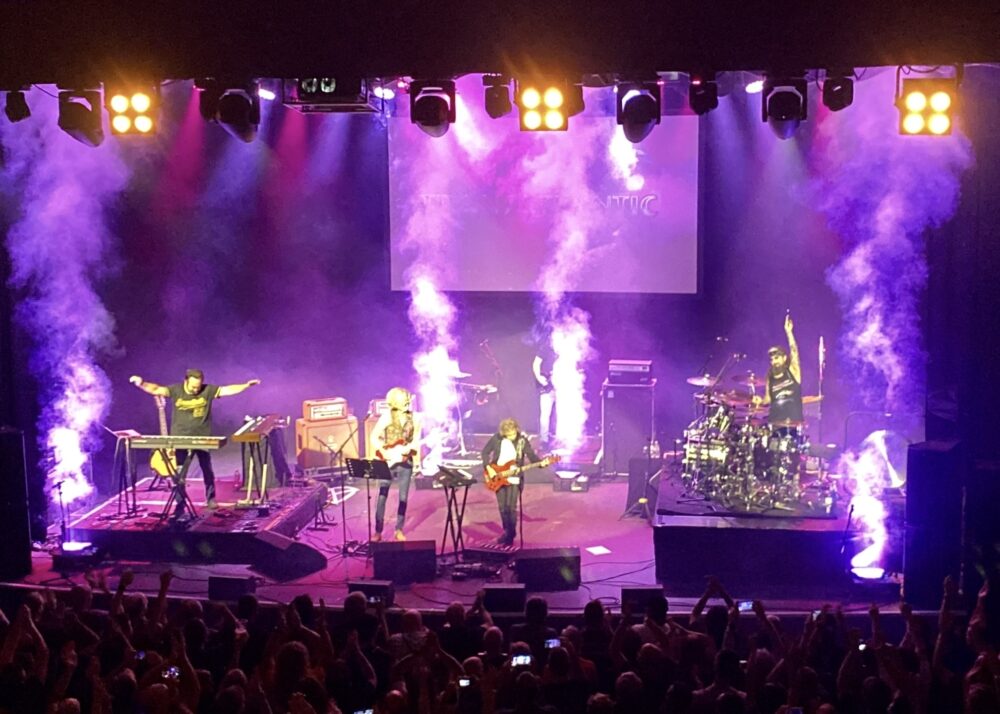 When the band returned for the second half, it was time to explore the rest of the band’s substantial catalogue. Returning to the stage to the intro music for the opening of “The Whirlwind”, the audience were treated to 30 minutes of highlights from that epic album. Most of the “Overture” was followed by “Rose Colored Glasses”, “Evermore”, “Is It Really Happening?” and the “Whirlwind” reprise. The ending of “Rose Colored Glasses” never fails to be moving and the dark intro to “Is It Really Happening?” led to an incredible instrumental workout with shifting time signatures and dynamics – a really powerful track!

The Forum was then lit up with mobile phones as the band led into “We All Need Some Light” – the singing from the Transatlantic Choir in the audience reminded us of what we had all missed from live music experiences, and it was preceded by a two guitar improvisation by Roine and Neal. Ted was used to great effect on this one too, taking the second verse as has become customary. The evening closed with what I would call a “Greatest Bits We Can’t Play In Full Or Else We’ll Be Here For Two Hours” Medley which threw together highlights from SMPTe and Bridge Across Forever, ending with a phenomenal version of the ending of “Stranger In Your Soul.”

We all know that other band commitments means Transatlantic tours/ shows are – catch ‘em or you’ll miss ‘em… well I am glad I didn’t miss this fantastic show and judging by the noise the Forum at the end of the night, neither did anyone else. A special band, a great show and an appreciative audience – all the key elements were present. 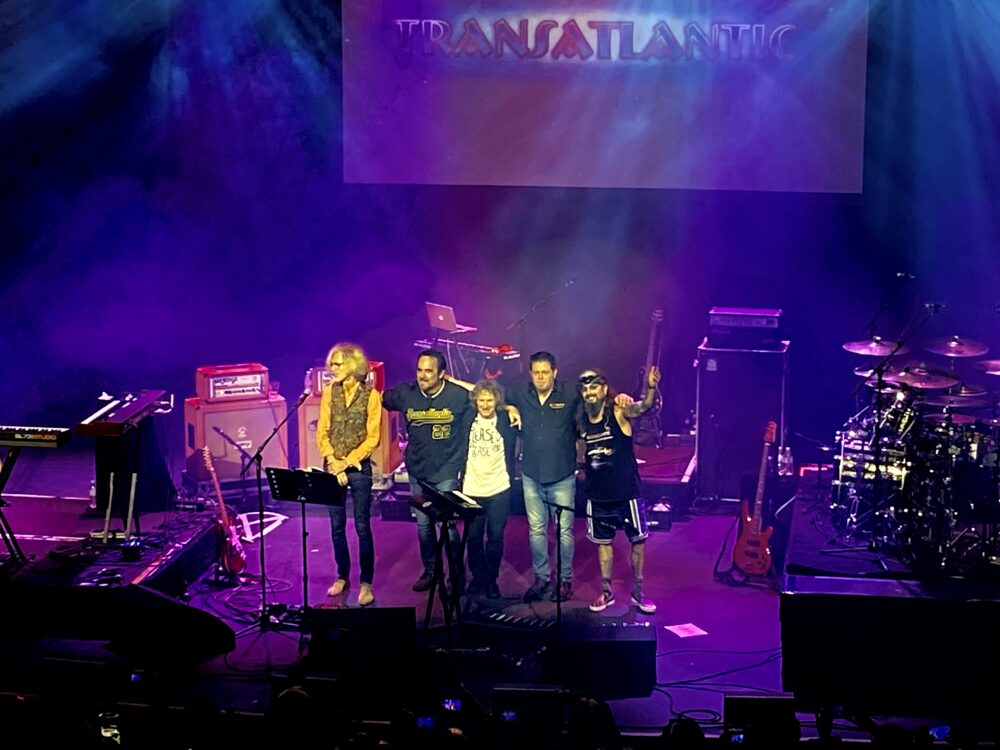 We All Need Some Light

SMPT:e/Bridge Across Forever Medley:
Duel With the Devil
(Motherless Children & Walk Away)
My New World
All of the Above (Full Moon Rising)
Stranger in Your Soul (Sleeping Wide Awake & Stranger In Your Soul)