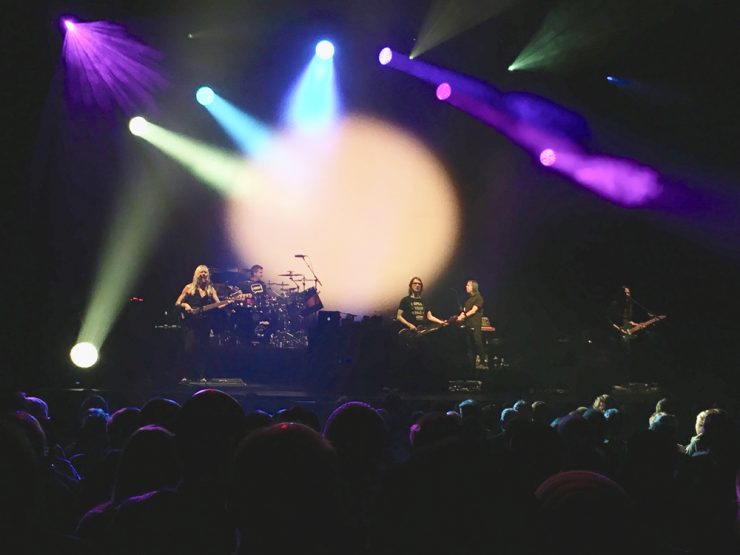 Review of the Steven Wilson show at the Beacon Theater in NY.

Having been a fan of Porcupine Tree for years, I was fortunate enough to see the band perform a number of times before Steven Wilson went solo.  However, since then I have not had the opportunity to catch one of his concert’s as a solo artist.  When the chance to see the show, in NY of all places, came to be, needless to say I was thrilled.  As we entered the exquisite stage area of the iconic Beacon Theatre, an announcement was read over the PA that had been written by Steven notifying the audience that unfortunately he had lost his voice and would not be able to sing.  The show would still go on as planned. This definitely was a disheartening revelation.  At least the show was not going to be cancelled. 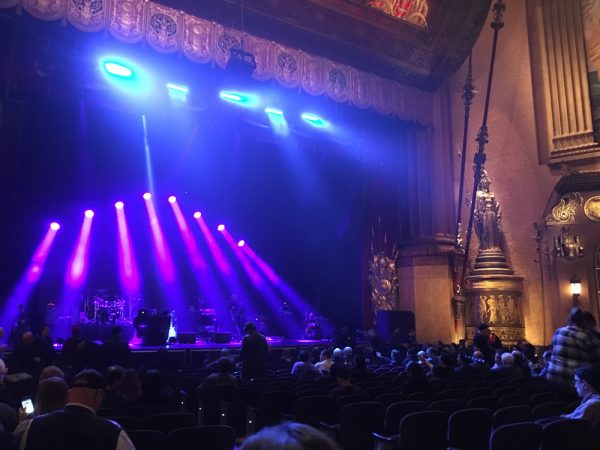 The band came on a few minutes past 8pm and began running through the entire ‘Hand.Cannot.Erase’ album. Steven spoke before hand, again apologizing and saying that through the use of the various band members including female vocalist Ninet Tayeb (who appears on the album), the band would find a way to get through the show.  Lead guitarist Dave Kilminster took lead vocal duties on “3 Years Older” and sounded great.  As the band rolled on through the instrumental portions there began to be a feeling that this might go over ok.

Steven summoned in Ninet Tayeb to sing the next 3 songs starting with the titles track.  A stand with lyrics was placed beside her just in case.  The song sounded great but then something fantastic happened.  On the second chorus, Ninet took the chorus vocal line up on octave, singing with an urgency and intensity that the track never had.  The audience immediately took notice and become even more engaged.  This inspired performance alleviated any concerns and it was understood that this was still going to be an incredible show.  The band then ran through “Perfect Life” and “Routine.”  Ninet’s performance of “Routine” (the track on which she sings on the album) was jaw-dropping and perhaps the highlight of the evening. 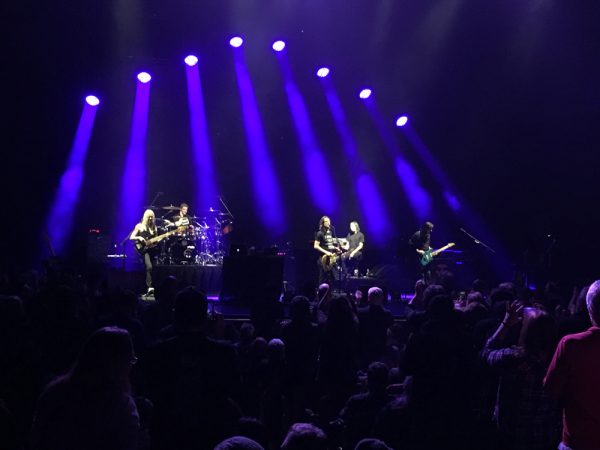 Steven finally took to the mic to sing on “Home Invasion” as there is nothing there that would be difficult for him to take on. Here the rest of the band showed why they are worthy enough to be on tour with Steven.  Bassist Nick Beggs, drummer Craig Blundell, keyboardist Alan Holzman and guitarist Dave Kilminster tore through the instrumental “Regret #9” resulting in a standing ovation.  They were stellar the entire evening.  Ninet came back for “Transience” and “Ancestral” and destroyed on both.  As a nice surprise Steven completed the first set by singing on “Happy Returns” for a brilliant closing to an epic set by the band.

No one knew what to expect for the second set or if there would be one.  The band indeed did come out and dove right into the Porcupine Tree classic “Dark Matter” from the Signify album with Steven handling lead vocals.  His voice was struggling a bit but he sounded great nonetheless.  His refusal to let his condition harm the audience experience was more than appreciated by the understanding crowd.  The rest of the second set included “Index”, a few instrumentals “Sectarian” and “Vermillioncore”, the latter from the new EP ‘4 1/2’ as well as “My Book of Regrets” and the remade version of “Don’t Hate Me” with Ninet singing lead.  They closed the set with “Sleep Together” again with Ninet screaming her way through the chorus adding an edge that frankly Steven would not be able to do, even with his full voice. 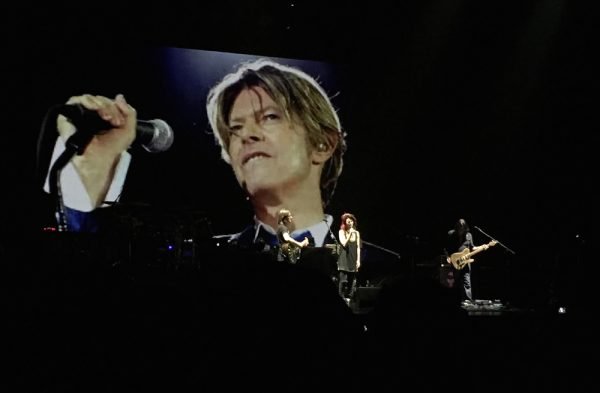 Steven spoke briefly before the encore again thanking the audience and saying he was done singing for the night.  Ninet led an acoustic version of “Space Oddity” as a David Bowie tribute with a full-screen backdrop of Bowie behind them.  The band closed with “Sound of Muzak” with the audience handling the vocals.  The verses were choppy but the choruses sounded great and made this unusual concert experience even more fun.  Kudos to Steven and the band for making the most of a difficult situation and for refusing to let the audience down. This was an incredible show and one that those that were there to witness will remember fondly for a long time.