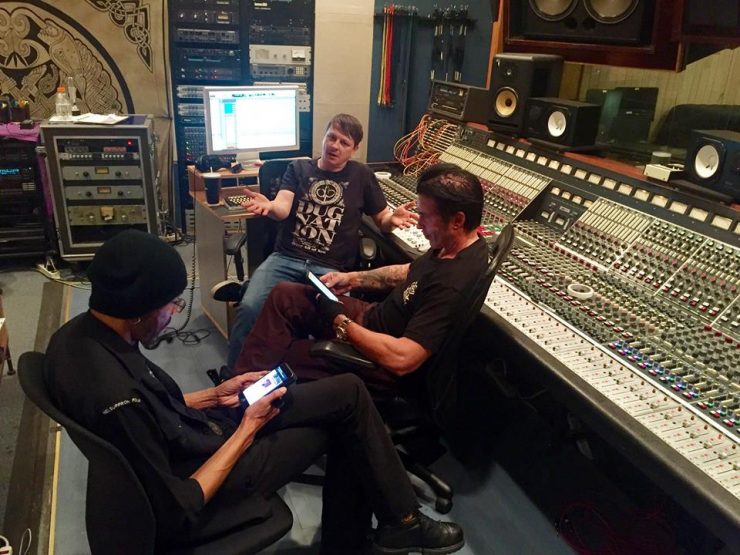 KXM, the supergroup featuring King’s X man Dug Pinnick on vocals and bass, and Lynch Mob and former Dokken guitarist George Lynch are back in the studio working on the follow up to 2014’s self-titled debut album, which is due out later this year on Rat Pak Records.  The band has been busy on social media posting updates from the studio including the above image.

Check out the video for “Stars” from their debut album here: