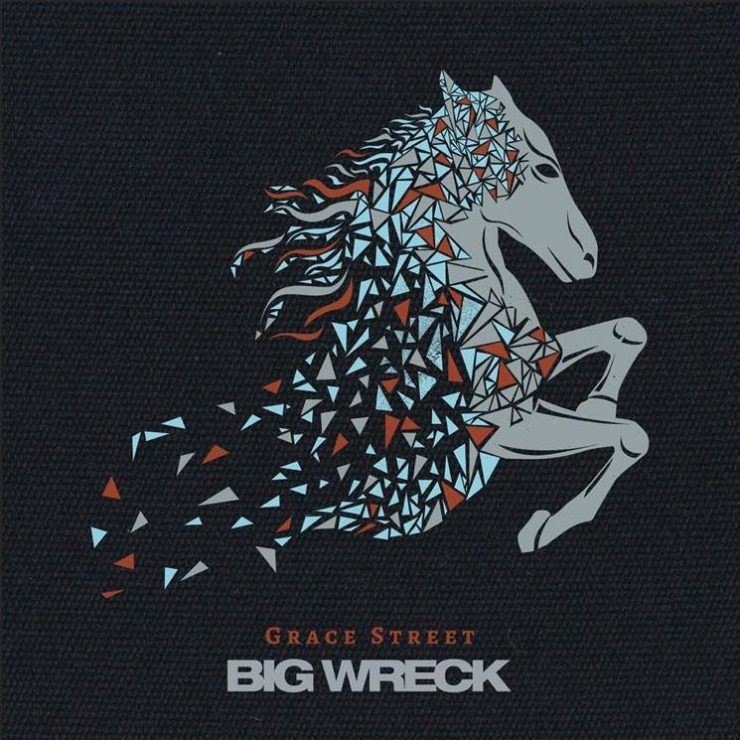 A review of the new album Grace Street by Big Wreck

One of the best and underrated groups around are Canada’s Big Wreck, who are getting ready to release their 5th studio album and 3rd in the last 5 years since taking disbanding in 2001 and reuniting in 2012.  While not necessarily a traditional Progressive rock group, the band was exposed to the genre base when opening for Dream Theater back in 1997.  Their recent albums, Albatross (2012) and Ghost (2014) both are lessons in stretching rock’s boundaries with adventurous songwriting and use of instrumentation, making them a favorite of fans of the genre.  Frontman and lead songwriter Ian Thornley ‘s tremendous guitar skills and powerful vocals are always on display, showing why he is one of rock’s most under-appreciated talents.  On their latest album, ‘Grace Street’, the band present a more organic sounding album while still delivering the punch of their best work. At times channeling Led Zeppelin, the Rolling Stones and other 70’s acts combined with their own unique style, ‘Grace Street’ is an exhilarating and refreshing rock album, one that is already one of the year’s best.

The album opens beautifully with Thornley’s shining voice over delayed guitars on “It Comes As No Surprise”.  The counter-play with the barrage of heavy guitars and subdued chorus makes for a powerful album opener and leads in perfectly to the AOR-radio single “One Good Piece of Me”, which is the group’s most commercial sounding track since their debut album. The track actually fits better within the album format than as a single.  The earlier part of the album is very rock guitar-oriented, highlighted with the Rolling Stones-influenced “You Don’t Even Know”.  The groove here is undeniable and you cannot help but hum this song after it’s done.

The strongest part of the album is the middle stretch of songs from 5-7.  “Useless” is a gorgeous acoustic ballad, where Thornley shines on vocals over what sounds like a chorus of guitars.  The album’s best track is the almost indescribable 7 and a half minute “A Speedy Recovery”.  The drum beat here is killer and the bass line tremendous.  The acoustic riff over this rhythm section could go on for days and not get boring while the break in the middle is another genius stroke of writing.  Even the guitar solo here is unreasonably smooth.  Then there is the mid-tempo psuedo-ballad “Motionless” which might be the album’s second best track.  Once again the drums and bass create the backdrop for Thornley to present another great verse and chorus, with an emotive middle section that lifts the entire song.  From there the album returns to more rock driven material like the album’s second single “Digging In”, the Zeppelin-esque “The Receiving End”, the uplifting “Floodgates”, and the killer instrumental jam “Skybunk Marche”, another track unlike anything the band have recorded before.

Ian Thornley seems to have really found his voice with Big Wreck many years after its inception.  He shows no fear or restriction in his ideas and as a result, every album is expressive, adventurous, and always exciting to listen to.  If the definition of Prog has indeed evolved from long keyboard solos and capes to music that refuses boundaries, than Big Wreck are definitely worthy of recognition from any Prog fan. After all, good music is just good music.  Check this album out, you will be glad you did.