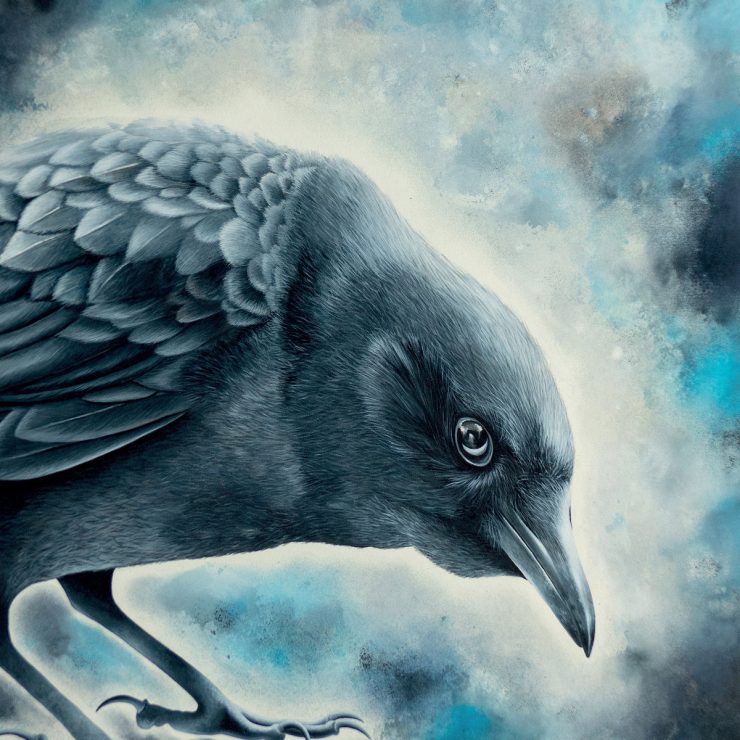 In most cases, being a fan of Prog and reviewing Prog albums is a pleasant experience.  Sometimes the reviewer has to put in more work than others, trying to fully grasp what feeling the album evokes and to see if it warrants any significant praise. Repeated listens are a requirement and there are cases where that can be a challenge.  Then there are cases like the new album from Big Big Train, Folklore, which from the first listen is so breathtaking and magnificent, that more listens are welcomed. This was my experience with this album.  Each time I listened to it, I looked forward to the next time I could again, trying to find a moment to squeeze in a song while on a drive, or while working on something else.  In a handful of days, I might have listened to this album more than a dozen times.

Their previous albums, English Electric Parts 1&2, or Full Power if you prefer the combined set, and The Underfall Yard, are superb Prog albums, so this one came with high expectations.  While it is too early to tell, this is a mighty challenger to the throne of the best Big Big Train album.  There are moments of power and intensity that are equally matched with moments of quiet reflection and restrained tenderness.  The sequencing of the tracks is another understated element of this album, never letting the listener get too comfortable with one type of track and by the end leaving the listener fully satisfied.

Big Big Train are not your average modern Prog band.  They eschew musical trends; there is no metal, no chunk, no electronica. Their sound is classic Prog in the vein of bands such as Yes, Genesis, and Jethro Tull, yet where some bands that descend from those influences sound more like copies, BBT are completely their own animal.  It is very much a sum of all the parts type of group, with each of the 8 members contributing to a depth and skillful storytelling beyond that of many of their contemporaries. Having remained mostly a studio band with very few live shows until recently, the group might have to succumb to the long overdue popularity and hit the road.  Now on their 9th album, the group have reached what might be their ultimate sound.

The album starts with the powerful title track, that along with “East Coast Racer” from EE2, might be the best album opener they have recorded.  The song tells about the stories that have been passed down from generations, setting the stage for the different tales that are told in each subsequent track.  Not known for their uptempo rock tracks, with this one, they hit the mark. The opening strings and horns play a beautiful melody and provide a welcome to the Irish-influenced rhythm and flute arrangements.  David Longdon’s vocals are dynamic and powerful not only on this track but throughout the album.  He has one of the more remarkable voices in Rock. The organs take the song on a darker tune just before the song changes to a glorious uplifting moment as if the skies just opened to let the sun in.  The song concludes with a barrage of solos from various members.

“London Plane” is the quintessential Big Big Train song.  Starting off a bit like “Swan Hunter” from EE2, the slow tempo and soft melody allows for Longdon to guide the listener as he recalls the tale of a tree that grew and watched the city from across a river.  The harmonies come in just perfectly for the chorus.  Just about half way through the band explode into a crazy instrumental flurry with organs, flutes, guitars, strings trading off over Nick D’Virgilio’s massive drumming.  It’s as if Jethro Tull, Kansas and Steely Dan were in a dual in an alley.  Just as suddenly, the song returns from this excursion to conclude with an epic ending.

“Along the Ridgeway” is a nice piano based track guided with orchestration.  The song segues into the instrumental “Salisbury Giant” added the prerequisite amount of Prog soloing on an album like this, but in no way does it feel forced.  In fact, you don’t realize the tracks even changed.  “The Transit of Venus Across the Sun” is highlighted by the chanting and vocal building in the middle and accompanied horns and strings added in ingenious fashion.   The group add “Wassail” to the album, a track from the 4 song Ep of the same name that was released last year and it fits perfectly.  The vinyl version of this album adds 2 of the other original songs from that EP.

The album really starts to pick up with the boisterous extravaganza that is “Winkie”, which tells the story of a carrier pigeon sent to relay a message of a stranded soldiers, not your average Prog story.  The song swirls between various parts for what is one of the heaviest tracks the group has produced.  The song also contains the best instrumental sections on the album, brimming with colorful keyboard parts at times recalling Tony Banks on Colony of Slipperman.  This is one of the highlight tracks on the album.  You will need to listen to the song to find out if the pigeon is successful.

The long epic track on the album is “Brooklands” and boy what an epic track.  This one tells the story of race car driver John Cobb, racing driver who longs for one more adrenaline-led lap of the track and dies in 1952 while attempting the world water speed record at Loch Ness.  He yearns “I was a lucky man, a lucky man” while the background vocals ask “Where did all the time go?”  There are some grand musical passages here over the 12 minute piece making it one of the best songs in this collection. This again is where Longdon’s ability to sing the character’s story in earnest is what makes the song go.

Surprisingly, the album closes on the upbeat and joyous acoustic number “Telling the Bees”, complete with a chorus of “na-na-nas” at the end.  It is a very un-Big Big Train like song, but again by its placement, provides a brilliant closing to the album.

All in all, this is a sprawling collection of brilliantly told stories with even more impressive music.  Big Big Train have been building up to an album like this for years and it is finally their time be rewarded with a greater audience. “Folklore” is everything Prog music can be and is sure to be very high on many end of the year Prog lists.