Book Review: Yes – A Time and a Word 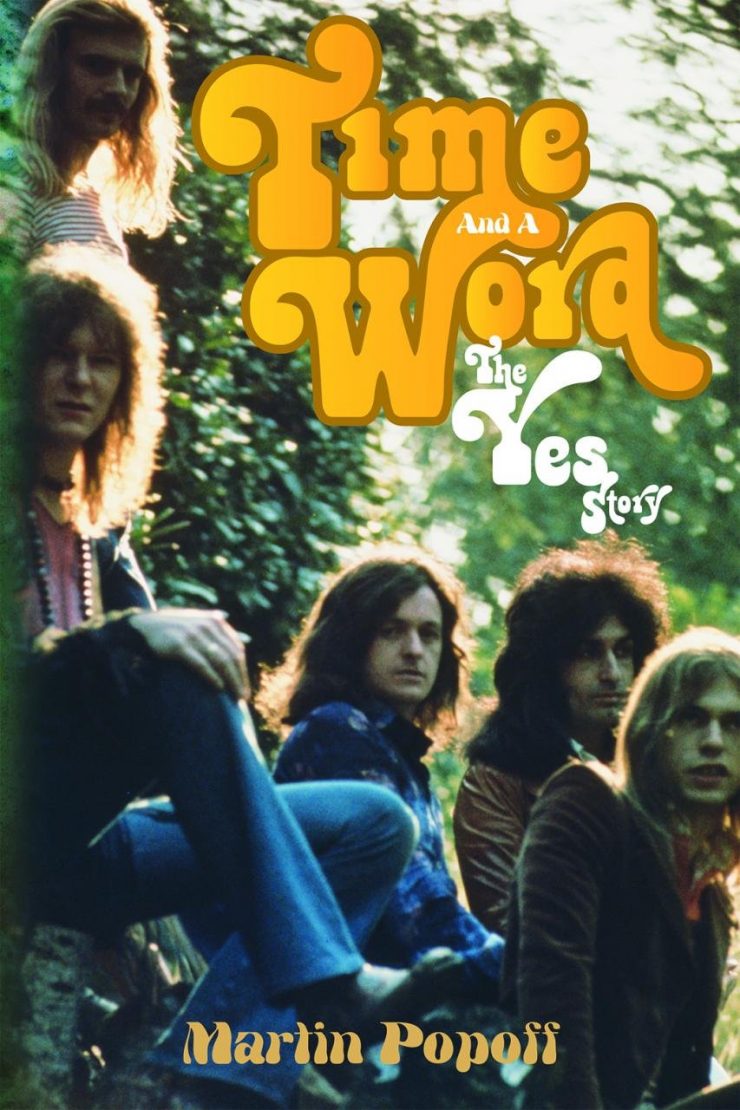 There are some bands that have such a long and complicated history, that maybe more than one book about them might be warranted.  Yes are one of the few bands that are worthy of having multiple and then some.  Aside from the legendary recordings, number one hits, and world tours, the shifting of personal and ousting of key members is bound to leave endless anecdotes unused.  In Martin Popoff’s newest book, ‘A Time and a Word: The Yes Story’, many of these untold stories come to light in an engaging and interesting format.

Popoff builds the story almost exclusively through direct quotes from every key member from Steve Howe and Jon Anderson to Trevor Rabin and Billy Sherwood.  Many of the stories are known in one form or another, regardless, to hear it all described by the members themselves makes it all the more interesting, such as what occurred during the period when Bruford left Yes after Close to the Edge, or how members of The Buggles joined the band to create Drama.  It was interesting to hear that Trevor Rabin was almost forced into Asia by then mega-A&R man John Kalodner.  Of course, he instead wound up working with Chris Squire, eventually forming the lineup that produced the comeback album 90125. There are quotes from the late great Chris Squire, not long before his passing, as well.

Even though it does not read like a novel or straight biography, there is a lot in these pages and even for the most accomplished Yes fan, this is a fun read.