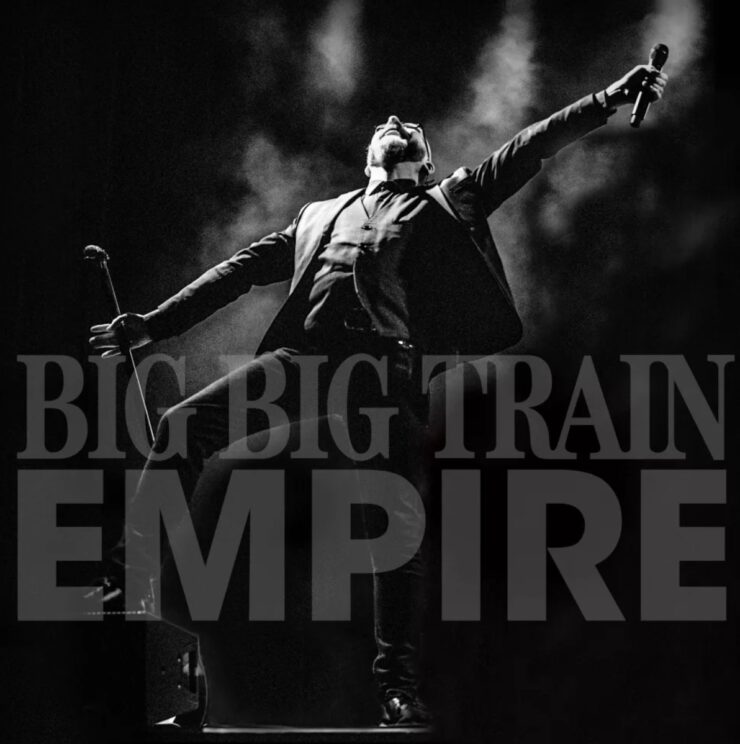 Remember live concerts? They were a thing we used to do! I really miss them but I am really glad I decided to take a trip to Scotland in early 2020 to tick Big Big Train off my “See Live Bucket List”.

Who knows when we will get to see the band live again but until then, we fans have held out on the promise of the live album from the final show of the tour, now released and called Empire, having been filmed in London’s Hackney Empire. Following as it does in the footsteps of two excellent live releases (‘Stone And Steel’ and ‘Reflectors Of Light’), this set is a Blu Ray/2 CD set, with a photo booklet from the shows.

I reviewed the Edinburgh show, which had the same set list as this one, here so for that reason I’m not going to describe the concert song by song. In contrast to gig attenders of many other genres, prog fans generally love hearing (a) “the new album” and (b) songs the band have never played live before! So it’s a delight that the set list includes plenty of both, as well as some of the old favorites. So CD 1 gives you a large chunk of Grand Tour, the live album debut of “Winkie”, plus spectacular “oldies” (!) in “Brave Captain” and “Hedgerow.” After that the second disc has the Grand Tour finale, “Voyager”/”Homesong”, sing-along “Wassail”, the NDV/ Brass section feature and a closing epic in “East Coast Racer.”

The audio mix is fantastic, in the hands of “the Ninth BBT”, Rob Aubrey. With 13 people on stage, a variety of instruments acoustic and electric, and the uncontrollable elements of a live show, Rob once again captures the signature sound of the band at its finest, while retaining the edge of the live show. For example, the ending of “Homesong” is just as spellbinding through my hi-fi speakers as it was in the concert hall.

The blu ray is yet another leap ahead in terms of its quality. The five operated cameras are supported by lots of “hidden” cameras which capture various close up aspects. Christian Rios’ video backdrop were certainly a highlight of the show, but there is always the dilemma of how do you represent those in a live video, without taking away from the performers. The edit here gets it spot-on in my opinion combining enough of the screen films to illustrate them in context, without distracting from the musicians. A great moment that illustrates this is the ending of “Homesong.” Having sung the final line, a close up captures a smiling David Longdon, as the brass section kick in with their fanfare; cut to Dave Gregory, crafting the closing solo; then to Danny Manners’ concluding piano melody, with Greg onlooking from a distance; followed by the screen video of the sunset that brought the performance to a close. It’s one of many such highlights where you get to see all the bits you want to see, in smooth succession. Sadly, no extras or behind the scenes footage this time – it would have been great to have the screen videos as a bonus feature for further enjoyment (maybe that could be a separate project?).

I am sure there are many BBT fans who will also treasure this particular set, given that we now know it is the final on-stage performance of the line up featuring Rachel Hall, Danny Manners, Dave Gregory and Robin Armstrong. Rather than a requiem, it’s a joyful celebration of all that was amazing about this line-up, captured in the very best light. The next time the Train leaves the platform, part of the crew will have changed – isn’t that how it works in real life… and the Train keeps a rollin’.

Finally, I must give credit the continuing on-stage excellence of front man, David Longdon. BBT has an incredible instrumental pedigree, expertly played out on stage, but being the person in the front line is another thing. He hasn’t yet resorted to needing a Slipperman costume or being raised up on a harness, but his stage craft, and the addition of some props helps breathe extra life into the BBT story-songs. The video edit maintains a good balance, but there is no doubt that during the dramatic moments, Longdon is as captivating to watch on blu ray as he is on stage. It’s also a delight to see him joined by Nick D’Virgilio, having a moment down at the front on The Florentine, adding his glorious harmonies.

With the worldwide element of the touring (temporarily) cut short by Covid, it’s hopefully some compensation to those who didn’t see the band live in 2020 to have a fantastic representation of the show in their hands by the end of the calendar year. It’s one of the very best audio/ video sets of the year, balancing the scale of the music, with the intimacy of the individual performances of this incredible band who keep going from strength to strength.