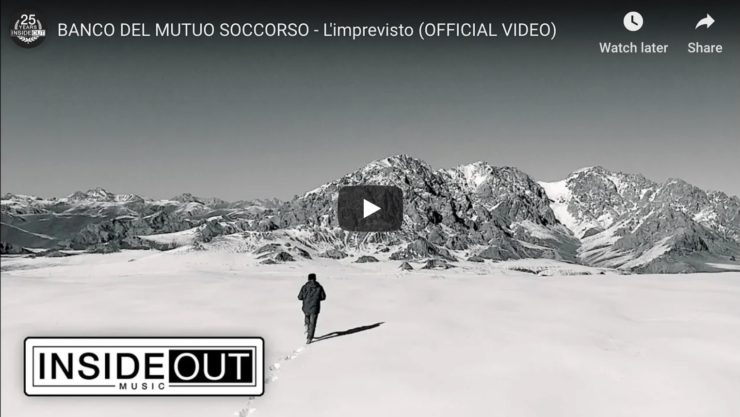 New record ‘Transiberiana’ is the first studio album in 25 years out now.

Banco del Mutuo Soccorso, the legendary Italian progressive rock band, today release their first new album in 25 years, titled ‘Transiberiana’ (Inside Out Music / Sony Music group). To celebrate, the band have launched a video for their most recent single L’imprevisto, and you can watch that here:

Vittorio Nocenzi statement :
“At one point, the Siberian cold is so intense that the ice covers the entire track. So it becomes dangerous to move on, it could be derailed. And then the train stops, in the tundra desert. It’s cold and travelers start to be afraid. Lights can be seen outside, it could be a village. Then they start thinking about getting off the train to go and ask for help. The cold increases. xIt is the metaphor of the unpredictable things that change in the course of our existence, fear before what we know is always the first weapon of defense. Instead the unexpected can also give us unexpected positive surprises, if only we were more willing to face diversity, the unusual: any unexpected can build new discoveries and new certainties if we face it with courage and determination. The unexpected is just an opportunity to change. Don’t be afraid of the new road that opens up.

“Among the sounds that characterize this track in particular the “slide guitar” of Filippo, expresses all the yearning for regret that are in the fear that travelers face in front of – nothing that has drowned our days.”