Anathema, who recently revealed the new song “Sprinfield”, from the band’s forthcoming album, The Optimist (June 9, Kscope), are now thrilled to announce their first North American dates since 2014.

The nine dates, which kick off on Aug. 16 in Baltimore, include stops in New York, Chicago and a trio of Canadian dates.

“Touring the U.S. and Canada is always a fantastic privilege,” said guitar player Daniel Cavanagh. “These countries have been the birthplace of some of the most revered recording artists of all time. We are delighted to visit the east coast and we promise to visit the west coast, following up soon. Our new album, The Optimist, is set in America. It will be a blast! ”

Anathema, led by brothers Daniel and Vincent Cavanagh, along with drummer John Douglas, singer Lee Douglas, bassist Jamie Cavanagh and drummer/keyboardist Daniel Cardoso began recording The Optimist in the winter of 2016 at Attica Audio in Donegal, Ireland and then finished at Castle Of Doom studios in Glasgow with producer Tony Doogan (Mogwai, Belle & Sebastian, Super Furry Animals) at the helm and was mastered at the legendary Abbey Road Studios. 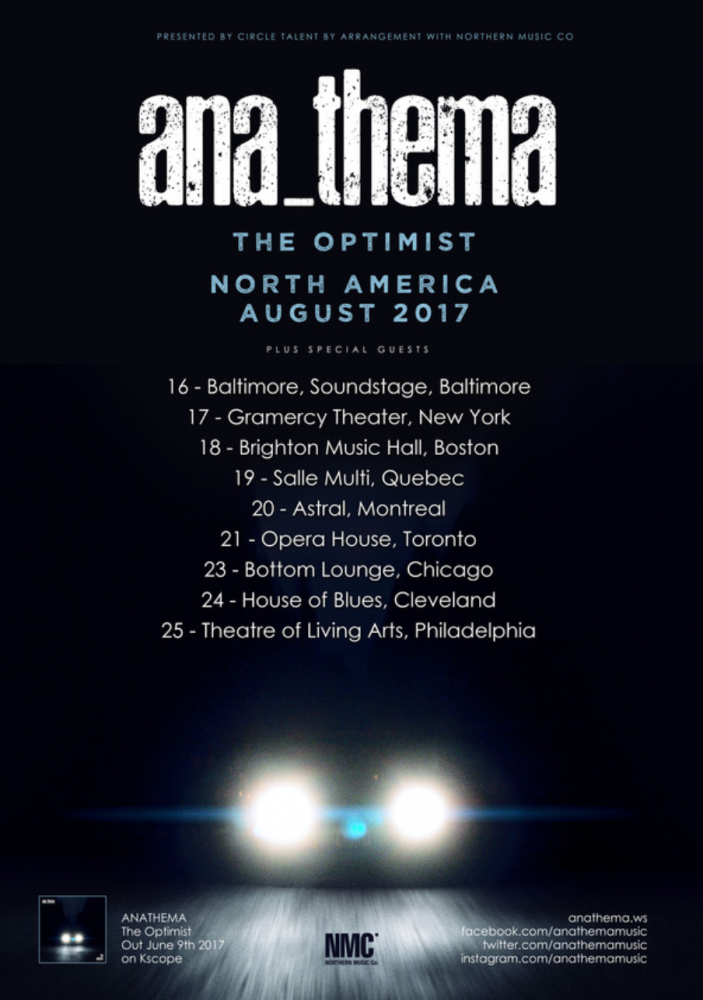