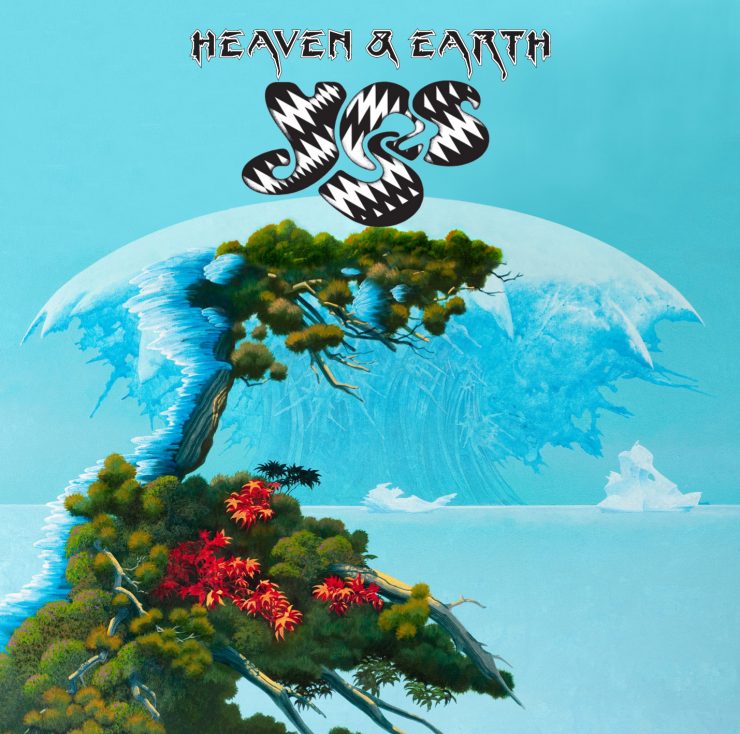 Heaven & Earth from Yes represents a new stage in the long evolution of Yes.  Never lacking any controversy with fans both old and new, each album takes on a life of its own.  The band will never be able to live up to what are considered to be some of the most important and legendary albums of all time, Close to the Edge, The Yes Album, Fragile, among others.  But what can be said is that the band and its revolving door of members also never shy away from taking chances and therein lies the challenge in reviewing a new album.  Do you compare it to past glories or accept it as a new album by a band trying to stay fresh and relevant?

Jon Davison takes the helms here as a perfect clone for Jon Anderson’s uniquely high voice.  Coming from Tennessee-based Prog band Glass Hammer, anyone who ever heard that band would have noticed the immediate similarity in his voice.  He also brings with him his songwriting talents.  Davison has filled in admirably on tour for a few years now since David Benoit’s departure and on this album he continues to sound like he fits right in.  Production-wise, this album is much softer and clean then “Fly From Here”, the band’s previous effort, which was more stark and aggressive.  There are a more softer elements, more acoustic guitar and the drums are not as up front.

Where older Yes albums feature the band’s technical prowess, this edition of the band, focuses on the vocals and melodies, leaving only brief sections for the band to shine instrumentally. The opening track, “Believe Again” kicks off with Steve Howe’s guitar swells, and then the band kicks in but in a subdued manner, allowing the first main force to be Davison’s voice.  The minute the vocals kick in, it becomes apparent how much Jon Davison sounds like Jon Anderson.  The song has one of the most memorable choruses on the album as well as a middle section that is one of the standout moments on the album.  The same style continues with “The Game”, a very poppy song where Davison opens up about, “standing at your door with all my defenses down.”

“Step Beyond” still maintains the same mellow tempo but has a very 70’s Prog keyboard synth carried throughout the song.  Again, vocals and harmonies are the driving force here.  The song features one of the few heavier guitar parts on the album.  “To Ascend” is an acoustic ballad, one you could imagine on one of the older records sung by Jon Anderson.  This is one of the prettier moments on the album.

The highlights of the album are “Light of the Ages” and the closer “Subway Walls.”  Both are throwback Prog tracks, the latter clocking in at 9 minutes and is easily the most experimental and interesting song on the album.  “Light of the Ages” goes through changes from piano based to a section driven by Chris Squire’s signature bass sound and then a glorious acoustic chorus.  “Subway Walls” is where Geoff Downes and Steve Howe finally let loose with a great middle section and an epic ending.  There are also elements of Asia, of course.

Overall, I do find myself remembering some of these songs and singing along.  While not a perfect Yes album, it is still a very good album and one worth giving a chance.  It is not about what the band used to sound like, but what they choose to sound like now, which is a band that wants to explore new boundaries and not be content on only reliving past glories.