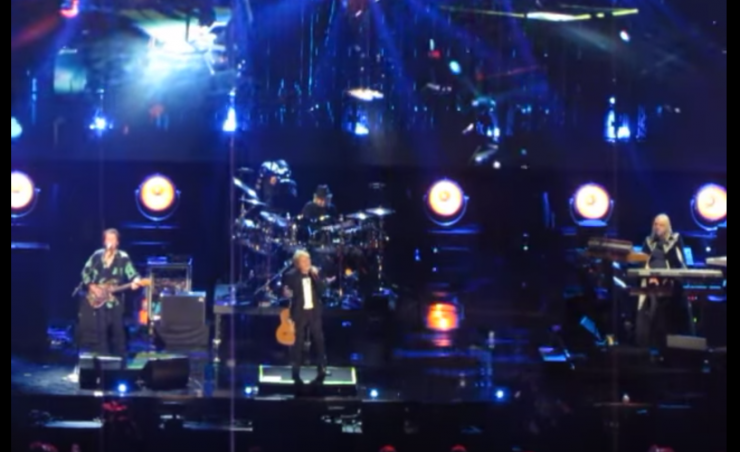 Last night, Friday April 7th, was a momentous occasion as Prog legends Yes were finally inducted into the Rock n Roll Hall of Fame, along with Journey, ELO, Pearl Jam, and others.  It was the first time in forever, that members of the Union tour performed together as the current group known as ARW (Jon Anderson, Trevor Rabin, and Rick Wakeman) joined fellow inductees Alan White and Steve Howe on stage for two songs, “Roundabout” and “Owner of a Lonely Heart”.  Of course, the legendary Chris Squire, who was inducted as well, needed to be replaced on stage, and who better than Rush’s Geddy Lee who filled in on “Roundabout”.  Steve Howe played bass on “Owner”.  You can see bother performances here thanks to a YouTuber who was in attendance.

You can also see the actual induction and speeches including Geddy Lee and Alex Lifeson inducting the band below.  It was a spectacular event and the full show will be aired on HBO later this month.