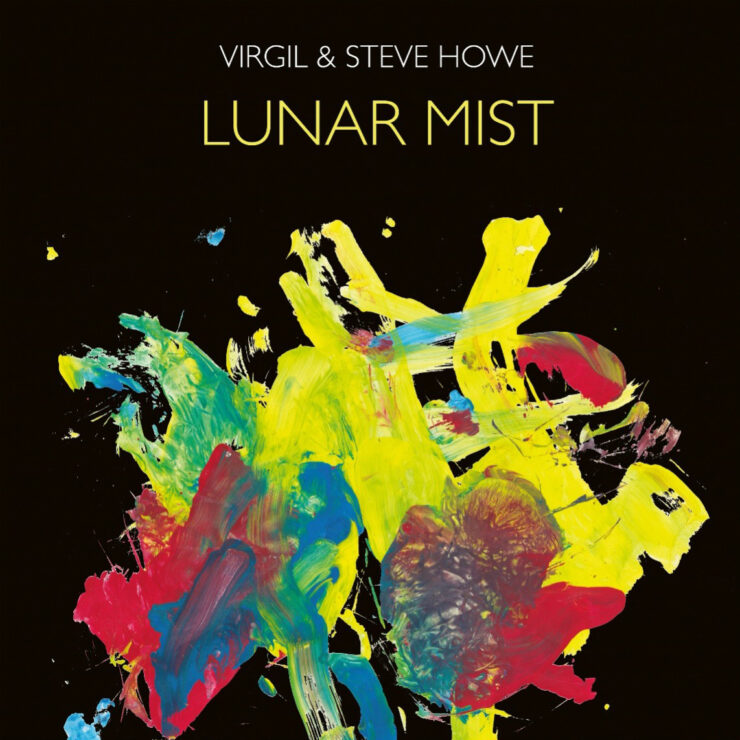 It was just after completing their first album as a duo, Nexus, in August 2017 that Virgil Howe suddenly passed away. His father Steve was determined to persevere with that project, and with this second Virgil & Steve Howe album, a different approach has been taken.

The title track, Lunar Mist had been prepared for, but ultimately was not used as, a Japan bonus track. When Steve revisited it, he felt it deserved a release and so he began to search through other material Virgil had recorded, adding his own guitar and bass contributions, together with some rearranging / editing – all of which resulted in this album.

In pulling together this material, Steve has chosen music covering a wide variety of sounds and styles, perhaps even more so than Nexus. It’s not hard to imagine how emotional it must have been for Howe to play the acoustic guitar part that echoes Virgil’s keyboard lines in “More Than You Know”, which is a mellow acoustic track. In contrast, the title track has some of Virgil’s more modern, almost dance influences which would be outside of Steve’s normal range of musical styles – but his contributions make it into something unique.

The basis of a lot of the tracks is Virgil’s piano playing, and you can truly hear that, when paired with his father, it is a meeting of equals – both have a melodic gift and use a variety of sounds and textures to color the music. “Free Spirit” is one of my favorites on this album, as Virgil’s piano is joined by phased electric guitar sounds – the natural meets the unnatural. That track is then followed by “Eternal” where this time the piano is joined by mandolin and some electric guitar which, rather than taking the lead, just adds some background textures to the featured melody.

Overall it’s a great collection of music, and a showcase for both musicians who each bring as much as the other to the album. Given the sheer number of albums and projects that Steve Howe has been involved in, this one clearly has a special place in his discography – and it’s one I’d recommend to fans of his playing.