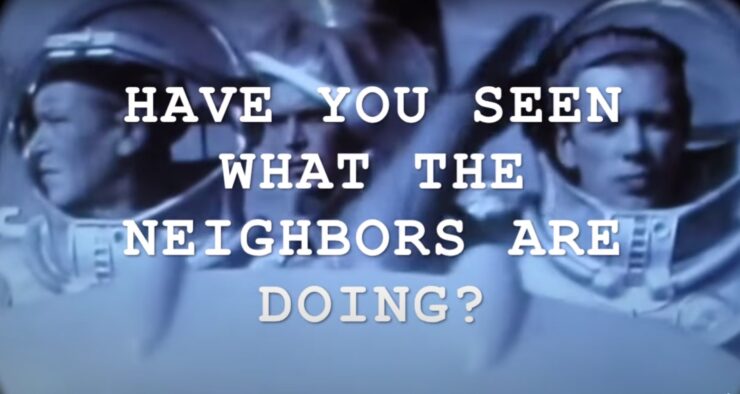 New album Fragments will be released on 20th August via Kscope.

Having announced details of their debut album Fragments and revealed the first single “Pavlov`s Dog Killed Schrodinger`s Cat”, Trifecta (Nick Beggs, Adam Holzman, and Craig Blundell) have released premiere a second track and video for “Have You Seen What The Neighbors Are Doing”.

Nick Beggs explains how the track came about “The track, ‘Have You Seen What The Neighbors Are Doing’, was written after hearing a song by Ween titled ‘So Many People In The Neighbourhood.’ We liked the song so much we decided to construct a reply. “ the video he continues “was shot on location while on the planet of the prehistoric women. However the trip was fraught with problems after Craig and Adam both realised they had failed to pack a tooth brush. Luckily I was on hand to share mine with them.”