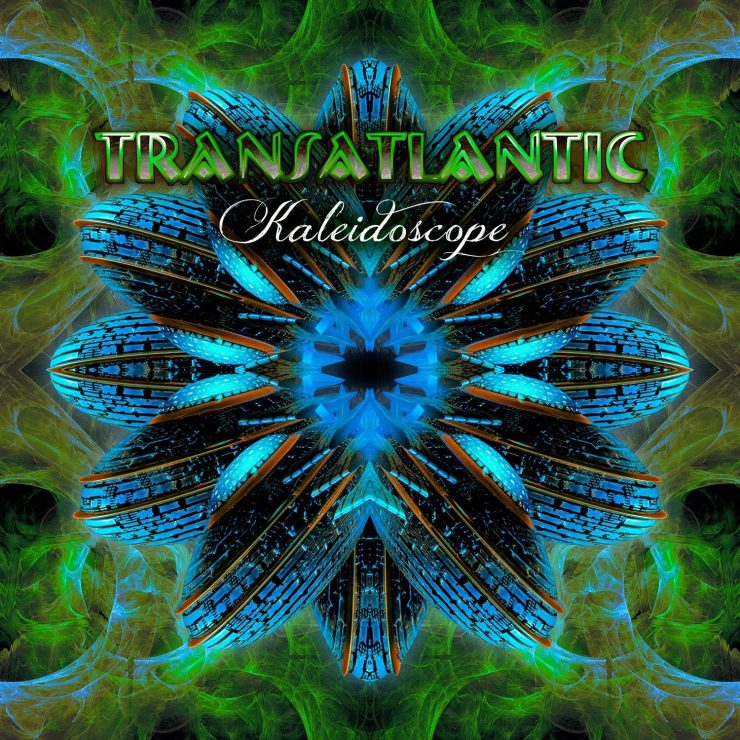 After the release of The Whirlwind in 2009, Transatlantic seemed to be on another long hiatus as the members got involved in their other projects.  But they returned in early 2014 for the release of the album ‘Kaleidoscope’ which rather than a long concept album, was more in the style of their album ‘Bridge Across Forever’ with 2 long epics and a few shorter songs in between.  The album came out just before Mike Portnoy’s Progressive Nation at Sea’ cruise, where the group would headline. They performed the album in its entirety as the ship sailed away from the port of Miami just a few weeks after the album’s release.  The band would release the ballad “Shine” as the first single followed by the rocker “Black as the Sky”, however, it is the 2 long 30-minute epics that would make this another great album by these Prog masters.

In an interview prior to the album’s release, Neal Morse had this to say about Kaliedoscope, “When we were trying to come with something to record for a single, the problem is all the best Transatlantic music is in the 30 minute pieces so trying to make a clip or video that is going to represent the band is really hard.  So we chose the song “Shine” but I suppose that represents the band as well as “From the beginning” represents ELP.  I think the album came out great.  I’m always amazed at how things come together.  I think we’ve grown closer as people through the Whirlwind album and the Whirlwind tour. There’s been some growth there and I think it shows up on the album.  I think it’s one of our best.”

Mike Portnoy also had this to say about the album, “Kaleidoscope was very much modeled after Bridge in that sense that you know, we want to have maybe two giant epic songs and then a couple of medium sized pieces and then a couple of small pieces so that was the idea. And it was also the first album the first Transatlantic album we made since I had left Dream Theater. So you know there was this new sense of hey Transatlantic could now be more of an active band now with you know with me not in Dream Theater and Neal not in Spock’s Beard.”