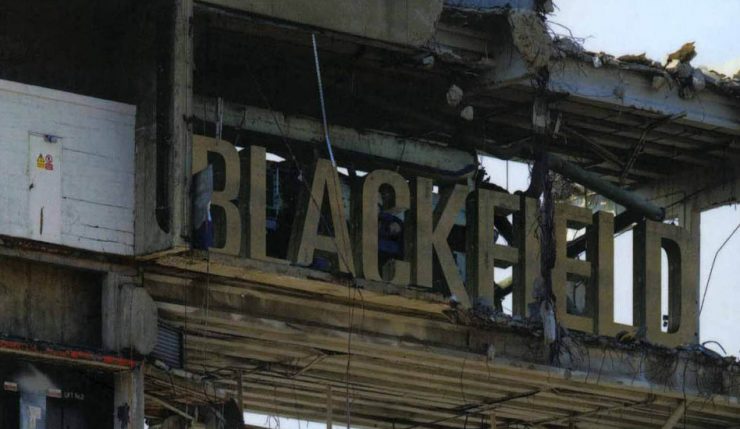 ok at the best of Blackfield featuring Steven Wilson and Aviv Geffen.

Blackfield are about to release their 5th album, ‘V’ on Feb 10th.  The album marks the return of Steven Wilson as a major contributor to the project, originally conceived by him and Israeli star Aviv Geffen.  With the album on the horizon, let’s look at the best from this group’s catalog.

You can also catch this playlist on Spotify:

“Blackfield” from the album Blackfield – This self-titled track set the tone for the style of the band and is one perhaps the best song on the debut album.  If one thing was lost on the first album, its that some of the songs, like this one could have been a little longer.

“Glow” from the album Blackfield – A fantastic and haunting ballad from the debut.  The buildup at the end is trademark Steven Wilson.

“Hello” from the album Blackfield – The group’s first single and a great album closer.  The song features beautiful harmonies in the chorus.

“Once” from the album Blackfield II – The second album kicked off with this rocker, really the first time the duo showed their ability to do this kind of song in this setting.

“1000 People” from the album Blackfield II – Building on the groundwork from some of the ballads like “Glow” from the debut album, this draws a little influence from The Cars with that synth sound, but the hook in the chorus is pure Wilson gold.

“Epidemic” from the album Blackfield II – A dark and brooding rock track with some edge, this is an underrated track from this album.

“Rising of the Tide” from the album Welcome to my DNA – The best song from the mostly underwhelming 3rd album.  The chorus and orchestration here is still top notch and a worthy addition to this list.

“Sense of Insanity” from the album IV – This song was a change of pace for the group but the lyrics resonate and its uptempo nature is welcome when laid against much of the mellow nature of the album. It is also one of Geffen’s finer moments vocally.

“Family Man” from the album V – The first single from the new album, this rock track sounds like something from the second album and is easily their best song in years.

“How Was Your Ride” from the album V – Another brilliant Steven Wilson ballad, recalling moments from the earlier albums.

“From 44 to 48” from the album V – This song is unreleased at the time of this list, but will absolutely be considered on the groups best songs once it is released.