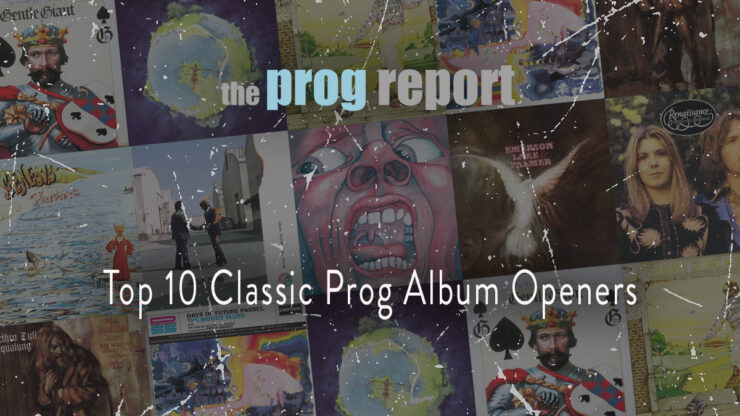 A look at the best classic Prog album openers

It’s a debate that will rage on for eternity. What are the best album openers in prog? To truly answer that question, you must first ask what makes an album opener great? Now, this is all subjective, but if we were to argue for some of the qualities present in iconic album openers, they would be hooking the listener from the very start of the song, capturing the essence of an album in one track, and leaving the audience wanting more. It’s for this last reason that we’ve regretfully excluded any songs that exceed the length of an album side – when discussing those records released during the vinyl era – simply because you can’t offer a listener much more after you’ve hit them in the face with a 20-minute epic. The way some of us see, it’s no longer an opening if it takes up half of an album’s runtime. But that aside, everything else that matched our designated criteria was fair game and with that in mind, here are the 10 songs we believe to be the finest album openers from prog’s classic period (1967 to circa 1979).

We open our list with a track from 1967’s Days of Future Passed, one of the first progressive albums. Admittedly, it’s a bit soft and cuddly by today’s standards, but the record is nevertheless innovative, and this song in particular holds up as a brilliant work of orchestration. It sounds exactly like an overture from a film or musical, and while the lack of input from the Moodies (save for Mike Pinder’s narration) ultimately hinders this piece from rising any higher in the ranks, it’s still a gorgeous rendering of themes and melodies that crop up throughout the album.

The opening track to Emerson, Lake & Palmer’s self-titled debut album, “The Barbarian” is the perfect introduction to the group. You’ve got Keith Emerson’s unmistakable organ and piano runs driving the composition, Greg Lake’s heavily distorted bass line which works well as a contrast to the clean tone of the keyboards, and the dexterous drum work of Carl Palmer which sees him go from pummeling the listener with tom led fills to light syncopation on the hi-hat. And at 4:30, the song proves very digestible for casual listeners.

Let’s get one thing out of the way. As monumental of an album as Goodbye Yellow Brick Road happens to be, it is not a prog-rock record. The opening cut to Elton John’s magnum opus though? That’s prog and a damn good stab at the genre. It’s a sweeping marriage of rock and classical music that borders on cinematic given the lyrical melodies and the way they build throughout, reaching a state of pure, unbridled bombast by the end of the composition’s eleven-minute run-time. An explosive way to open Elton John’s biggest record, and proof of just how ubiquitous prog was during the early 1970s.

7. “Can You Understand” – Renaissance

This nearly ten-minute epic comes from the band’s masterpiece, Ashes Are Burning, and features everything that made Renaissance great. The lush orchestration, the nimble piano work of John Tout, and of course, Annie Haslam’s soaring, pristine vocals. It’s all there and helps to elevate this complex piece of music into something magical.

“Proclamation” is the opening track from 1974’s The Power and the Glory, a loose concept album about the corruption of power. Given the thematic through-line of the album, it adds an extra layer of depth to the musical elements found in this opening tune. Here, the counterpoint vocal lines aren’t just cool, they represent the confusion expressed in the song’s lyrics and the light syncopation of the keys only adds to the paranoia of the composition. But the thing that truly elevates this track is the bridge/refrain of “Hail! To the Power and Glory’s way.” Chilling stuff.