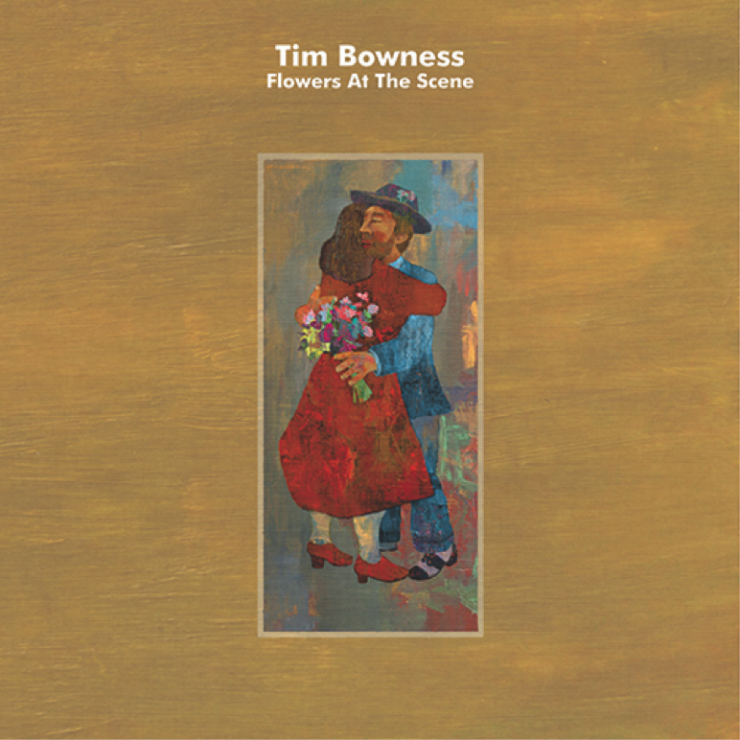 Tim Bowness’ solo career rebooted with Abandoned Dancehall Dreams on Inside Out in 2014, and this new album is his fifth solo album, and fourth for the label. Many in the Prog world know Bowness from no-man, his collaboration with Steven Wilson, and it’s that team that have produced this latest release, their first such collaboration in over a decade.

Bowness has said that his last album, Lost in the Ghost Light, felt like ‘the end of a particular way of working’, with this album feeling like a new beginning and that’s particularly apparent in the opening track, “I Go Deeper”. The driving rhythm pushed along by the bass of Porcupine Tree’s Colin Edwin, gives way to a slower section… shifting styles and instrumentation mean this is music at its most cinematic. A very distinctive factor in all of Bowness’ albums are his crystal clear vocals. Here they are captured perfectly and listening through headphones you feel that a master storyteller is intoning directly to you.

The voice is the thread that joins the album together as the styles shift. The electronics and rhythm section of track 1 gives way to a string quartet and military snare drum on “The Train That Pulled Away” and Tim is in full on torch-song mode. A plucked harp, mixed with synth pulses drives “Rainmark”, with a beautiful chorus and treated trumpet.

“Not Married Anymore” is more in the mould of tracks from its predecessor, with meaningful lyrics and the full emotion of Bowness’ voice. This, and many of the album tracks, lends itself to a relaxed time with great speakers or headphones to indulge the sonic textures (surprising given Wilson’s involvement, there’s no 5.1 mix – the album would really lend itself to that). The title track boasts an amazing guitar solo from Fates Warning’s Jim Matheos. The spacey, airy soundscapes are the platform for this beautifully lyrical solo, in a style you wouldn’t normally expect from him.

For people coming to this from a Porcupine Tree/ Prog background, “It’s The World” is the song that might draw you in – featuring Wilson, and PT bass player Colin Edwin, along with Peter Hamill on guitar and BVs, and Jim Matheos, it is a bombastic ripper of a track. When you collapse after that song, things go mellower to give you a break on “Borderline” with Dylan Howe’s jazz rhythm and noticeably, Big Big Train’s David Longdon on vocals and adding his prog-flute, playing along with Ian Dixon’s muted trumpet.

Bowness’ albums made great use of both sound and space- by that I mean, it feels like everything that is here, is carefully identified and added, and if nothing is needed, nothing is added. So a track like “Ghostlike” has a huge sound, despite being essentially a drum rhythm, some synth and bass, along with “that voice”. In a similar way, tension is built in “Killing to Survive” from chiming pianos and guitars, joined by Edwin’s bass, which lifts the song towards its crescendo. Is it prog? Well if you consider imaginative use of sound, instrumentation, tempo, and time signatures, prog, then this is most certainly that. Shout out on this track for another amazing guitar solo, this time from the album’s significant musical collaborator, Brian Hulse, who plays guitar and keys on over half of the album.

Having travelled at high speed through a variety of styles, the album needs a particular type of track to close things off – the stories and scenarios we’ve heard don’t need a Broadway chorus-line ending. Instead Bowness goes for something that resembles the very best of no-man. With 10cc’s Kevin Godley on vocals, and XTC’s Andy Partridge on guitar, this is a confessional with Tim’s distinctive whisper asking the question “What Lies Here”.

If you’re a fan of no-man, or indeed Steven Wilson, but haven’t look into Tim’s own music, this album is a great place to start exploring. If you’ve got the existing solo albums, you will enjoy this fresh start, a cohesive yet eclectic selection, which radiates in many musical directions.