The Tangent launch new track “A Case Of Misplaced Optimism” 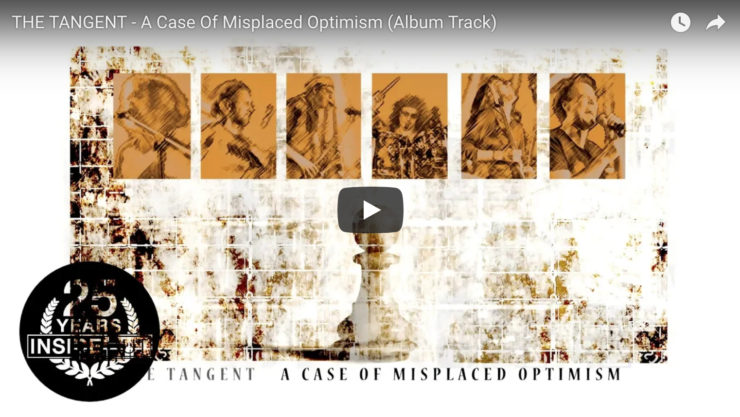 THE TANGENT, the progressive rock group led by Andy Tillison, will release their 10th studio album ‘Proxy’ on November 16th, 2018. Recorded during the band’s tour with Karmakanic in 2017/18, which saw them with more chances than normal to work together on the record – hotel writing sessions, van discussions, soundcheck ideas – all of which have allowed the band to make an album that is as organic as they have ever achieved since their formation 15 years ago.

Now they are extremely pleased to launch the first single taken from the album. Listen to ‘A Case of Misplaced Optimism’ here:

Andy comments: “’A Case Of Misplaced Optimism’ is a song of two moods, one of defiant pride and another of wistful regret. It bounces between moody atmospheric grooves and big funky choruses. We wrote it especially, as if this were to be our 45 RPM, 7 inch single in times gone by – the prog rock attempt to have a “hit”. Lyrically it’s a song that looks back on personal life choices frowned upon, even criminalised, in the past – celebrating the changes in society that have made those choices more acceptable and expressing regret for those, who like Alan Turing never lived to see these vital freedoms granted.”

Watch a trailer for the album here, featuring some snippets of brand new music, here: https://youtu.be/G2jtwcr6NJU