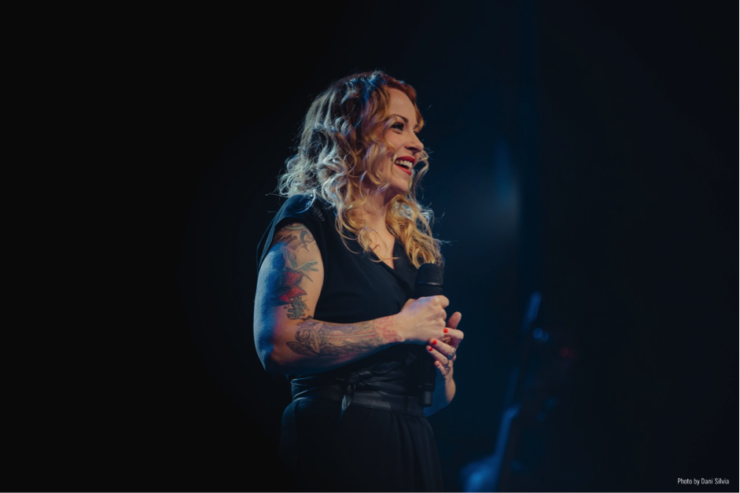 In May 2018, Anneke van Giersbergen performed two career-spanning concerts with orchestral arrangements together with Residentie Orkest The Hague. Now those special concerts will be available for all to hear when they are released as ‘Symphonized’, an 11-track live album due out on November 16th, 2018. Now she is pleased to launch the first track taken from the live album, and you can listen to “Your Glorious Light Will Shine – Helsinki,” originally from VUUR’s debut album, here:

Anneke comments: “Instead of releasing a ‘best of’ collection to celebrate my 25 years on stage, an album with orchestral reinterpretations seemed much more interesting. Two songs of my new progressive metal band VUUR received wonderful orchestral arrangements as well. I was very surprised how much of the intensity and energy of VUUR’s heavy music is still present. Performing my music with an orchestra has been such an overwhelming experience. I am really happy both concerts were recorded and there is a chance to relive them with this live album.”

Taking in material from across her career, she performs stunning versions of songs by VUUR, The Gentle Storm and The Gathering as well as solo material. Anneke comments: “’Symphonized’ was recorded last May in Dutch venues 013 (Tilburg) and Paard (The Hague), as I performed alongside the wonderful Residentie Orkest The Hague conducted by Arjan Tien. The orchestra is one of the leading Dutch symphony orchestras and regularly initiates cross-over projects. When artistic director Sven Arne Tepl invited me to create new renditions of songs I have previously recorded, I was immediately enthusiastic. I thought it was the perfect prelude to my 25-year anniversary next year, as I made my stage debut with The Gathering in 1994. The compelling arrangements were written by Marijn van Prooijen and Gijs Kramers. Instead of a band with additional symphonic accompaniment we chose to solely use the instruments of the orchestra and I’m very proud of the result!” 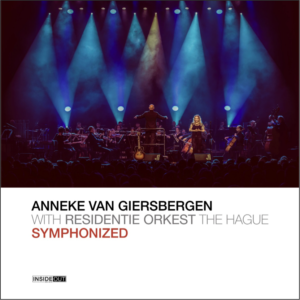 The album will be available as CD Digipak, Gatefold 2LP + CD & as digital audio download, and you can find the full track-listing below: