The Tangent and Karmakanic members to release Tangekanic live album 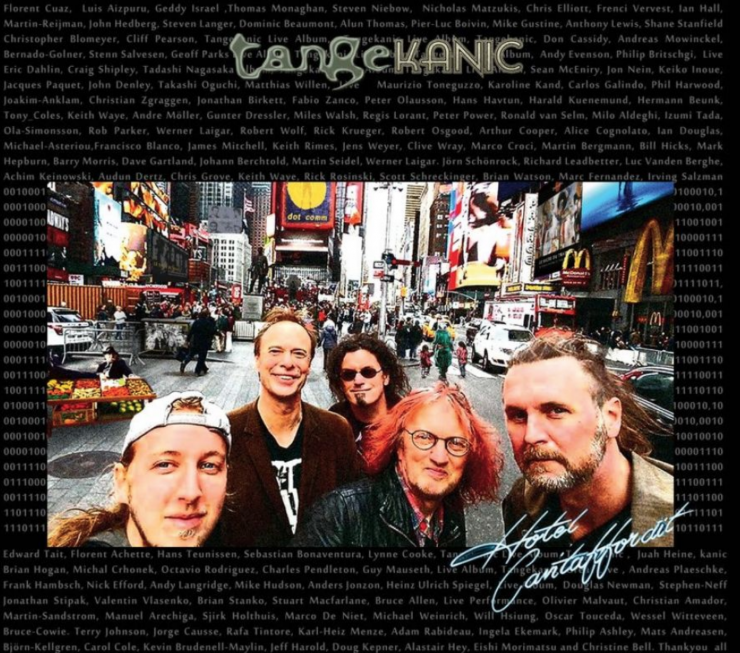 The album, “HOTEL CANTAFFORDIT”, features material from both bands’ more recent output rather than a procession of golden oldies, so tracks from Karmakanic’s “Dot” and The Tangent’s “The Slow Rust Of Forgotten Machinery” dominate the proceedings.

Tangekanic, the hybrid band featuring members of The Tangent and Karmakanic who play songs from both bands’ repertoire have recently completed a live “bootleg” style recording of one show recorded at the New Jersey Proghouse in the USA last October.

The album, “HOTEL CANTAFFORDIT”, features material from both bands’ more recent output rather than a procession of golden oldies, so tracks from Karmakanic’s “Dot” and The Tangent’s “The Slow Rust Of Forgotten Machinery” dominate the proceedings.

Not only that but while on the tour, the band wrote a new song together, this being a piece they wrote in reaction to the third concert massacre in recent years at the Harvest Festival in Las Vegas, USA. This track is also on the new live album.

“We were at the Summer’s End festival just a few days after the shooting” says Tangent leader Andy Tillison, “in the middle of a tour which was the most important thing in our lives at the time. We were among friends wherever we went, and walking around the festival that day I just knew we had to say something about the special place that music holds for us and everyone in that audience. I went behind stage and scribbled some lyrics out and the band agreed to come on and join in at the end of the piece – which they’d never even heard on the first performance of it.”

The song “Sanctuary In Music” featured a 30 second silence as part of the music and was described by many people as “the loudest part of the festival”.

Tangekanic have released a powerful (non-perfomance) lyric video of the song, “My sanctuary in music”which you can see here:

The lineup of the band is: