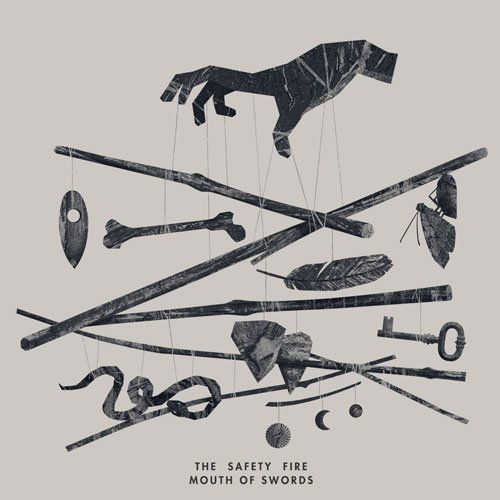 The Safety Fire – Mouth of Swords

Out of London, The Safety Fire bring their follow up album to 2012’s Grind The Ocean.  It is unusual for bands to release albums so close together these days.  This is a welcome approach and one we wish more bands would take.  With “Mouth of Swords”, the group are out to show there is more to the band.  Sitting alongside other prog metal-type bands as Between the Buried and Me, Periphery and others, this new group of prog metal groups have developed a genre within a genre, taking traditional prog metal elements and bringing a modern post-emo feel to the vocals and songwriting.  The difference with many of them is often whether or not they want more or less scream vocals.  On “Swords”, The Safety Fire have chosen the latter and in turn have produced one of the more accessible albums within the genre.

Vocalist Sean McWeeney showcases his powerful voice throughout these tracks by singing great melodies along the nonstop guitar assault.  The band is also not one to shy away from harmonies on their vocals as on the opening “Mouth of Swords.”  To be fair, there is some screaming on this song and throughout the disc but only when the music presents itself.  It never comes off as forced.  At times, McWeeney even sounds a bit like Paul Meany from Mutemath.

“Glass Crush” continues the onslaught with one of the catchiest choruses on the cd alongside the the most aggressive verses on the record.  “Yellowism” the current video kicks off with a dissonant guitar intro and features some killer drumming by Calvin Smith.  This songs breaks down in the middle for a welcome change of pace before exploding into a moshpit-ready guitar chunk section.

Probably the most interesting song is “Beware the Leopard” which features Between the Buried and Me’s Tommy Giles Rogers.  The song has an unexpected pop style groove in the verses.  The middle of this song features some of the most interesting moments on the album.  “Red Hatchet”, the first single and video on the cd just ups the intensity of this album and oddly enough has a memorable hook in the chorus.

An odd fit on the cd is “wise Hands” which is the closest thing this band might call a ballad.  Sounding like Incubus a little, this song allows the listener to catch his breath and is brilliantly done.

The Safety Fire bring a level of accessibility to a genre that can at times be very repetitive.  For fans of more traditional prog, this might not be your thing, but there is no doubt these guys have talent and can play.  There is potential in this band to continue to grow and produce some more great music.