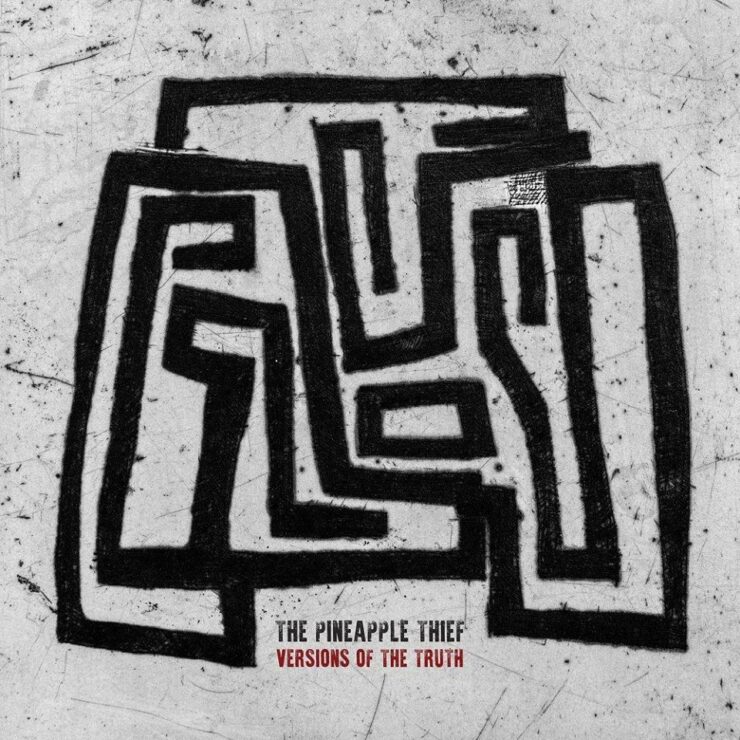 New album ‘Versions of the Truth’ is out Sept 4th.

Now in its 21st year, The Pineapple Thief had long been thought of as one of prog’s under appreciated acts. But the release of their 2018 release Dissolution took them up a level. Bruce Soord’s group, with drummer Gavin Harrison as a permanent member and songwriting contributor produced one of their most popular and dazzling releases with that album. Now they return with their new, 13th studio album, Versions of the Truth, which picks up from the previous release left off and continues to build upon the band’s unique sound.

From the opening title track, “Version of the Truth”, the vibe is immediate. The band’s melancholy nature is not one they have ever really strayed from and it serves them well again here.  Bruce Soord softly harmonizes with himself throughout the song, all the while Harrison delivers a spectacular groove that can only be his signature style.  This song alone does a great job of encapsulating most of the songs on the album, it starts off soft and mellow, ventures into heavier territory for a brief moment in the middle, and provides a climactic payoff towards the end.  It is a great way to greet the Pineapple Thief faithful.

The second track, “Break it All”, sounds like it could have been lifted from the Dissolution sessions.The dichotomy between Harrison’s intricate and deliberate drumming, and Soord’s laid back, yet effective vocal approach, is what makes songs like this work in only the way this band can.  You can hear it clearly on this track, where so much is going on at any particular second, but it still sounds so concise.  The third track “Demons” is one of the highlights of the album.  The first single lifted from the collection shows the band slightly stretching out from what they are accustomed to, adding some Middle Eastern flavor to a track with a very strong chorus.

The standout track is “Leave Me Be”, a song that leaps from the speakers while listening to this record.  The riff is dark and haunting, the drumming heavy and pounding, while the chorus builds into a soaring musical motif.  Placed in the center of the album, it provides a welcome lift and provides a perfect segue into the second half of the record. The following track, “Too Many Voices” is a gorgeous ballad built on sparse instrumentality focusing on electronic piano and Soord’s vocals. Another brilliant tune that stays with you after listening.

While it might be a slightly below Dissolution in comparison, Versions of the Truth is another spectacular album by a band that has truly come into its own, even if it took a while to get here.  Fans of the band will no doubt adore this record, while new fans will find plenty to enjoy here and may use this as a place to venture into brilliant discography of the band.

Released on September 4th via Kscope.
Key Tracks: Version of the Truth, Demons, Leave Me Be