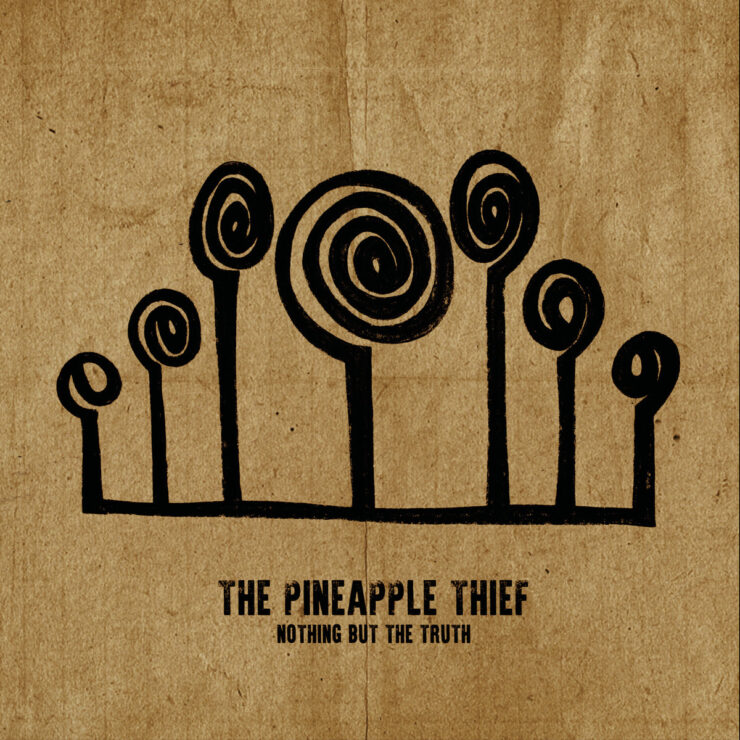 It’s become a familiar story: A band with a growing fanbase produces a strong new album but is forced to cancel plans for a follow-up tour because of COVID-19 and opts instead for a livestream performance to promote it. But The Pineapple Thief has gone one better — choosing to release its new live-in-the-studio recording as a double album and film. And the results may just be the best recording in the band’s 22-year history.

Nothing But the Truth, TPT’s14th studio album, combines the best of both worlds – a live performance that crackles with energy and a polished studio recording that puts a high gloss on the 17 tracks served up here. The live-without-an-audience set captures the band at the absolute top of its game, showcasing most tracks from its September 2020 album, Versions of the Truth, and a handful of fan favorites.

“The Pineapple Thief is equally about the studio and the stage, so it was hugely disappointing that we were unable to tour, especially as we were excited to be able to perform the new album Versions of the Truth live for everyone,” explains frontman Bruce Soord.

“Being able to do this film, especially under the circumstances, was invaluable. It was such an alien time and an alien thing to do. Yes, we had all performed in front of cameras before, but this was different. We were playing a brand-new set, one time only, to stream to every corner of the globe, standing in a circle on our little islands with cameras everywhere. The pressure was on. We simply had to nail it!”

And nailing it is precisely what Soord and friends do throughout this stellar 95-minute set. Like Radiohead and Porcupine Tree – two of the biggest influences on Soord’s songwriting – TPT seems always to strive for results that are unexpected and frequently stirring. Like TPT’s latest studio release, Nothing But the Truth is by turns dark, haunting, heavy, subtle and atmospheric. By design, Soord and Co. never settle on any one style or feel for very long, even within the same song. That gives most tracks here a freshness that keeps you listening for what comes next.

The album features six of the 10 tracks from Versions of the Truth and a sampling of some of the best tracks the band’s earlier studio recordings. The result is a fine retrospective of the British melodic prog outfit’s finest moments, including four tracks from 2018’s Dissolution, three from 2012’s All The Wars, two from 2016’s Your Wilderness and a stripped-down new version of “Wretched Soul” from 2005’s 10 Stories Down.

The album opens with the atmospheric title track from TPT’s latest album, laying the groundwork for what’s to come. Soord’s intense intimate vocals and chiming guitar lines perfectly match the powerful, but subtle drumming of Gavin Harrison.
Most of the tracks that follow are pretty loyal to the originals, but are given bursts of new energy and feel looser – in a good way – in these new live retreads.

Standouts include “In Exile,” the funky-prog workout from 2016’s Your Wilderness – Harrison’s debut album with the band; the hard-driving rocker “Warm Seas” from All the Wars; “Our Mire,” perhaps the best track on Versions, showcasing Soord’s distinctive wall-of-sound fretwork; and the melancholic album closer, “The Final Thing on My Mind” (from Your Wilderness). From start to finish, Soord’s restrained guitar work and boyish vocals, though limited in range, deliver the emotional intensity that puts this melodic prog outfit in league all its own. Solid contributions from Steve Kitch on keyboards and bassist Jon Sykes also make for some excellent ensemble jams.

But Harrison is the real star of the show here. He is not only Soord’s principal songwriting partner, but also one of the most interesting drummers in the game today. Like Mike Portnoy, Nick D’Virgilio and the late Neil Peart, the veteran Porcupine Tree and King Crimson stick man plays with the precision of a jazz drummer, the power of a heavy-metal rocker and a songwriter’s sense of melodic invention. And Nothing But the Truth is a phenomenal showcase for the veteran King Crimson and ex-Porcupine Tree drummer’s phenomenal talents. He elevates every track with every beat.

On tracks like “Demons” and “Uncovering Your Tracks” (from Dissolution), he never plays the same drum line or fill twice but creates tasty new licks to kick drive every passage from one measure to the next. He also has an almost telepathic link with Soord – punching and counter-punching the accents of the vocals and fretwork on “White Mist,” “Far Below” and other songs. It’s that chemistry that makes TPT’s music so distinctive and satisfying.

As a musical document, Nothing But the Truth stands on its own. But it is also being released in various formats – a deluxe four-DVD set, including a hardback book and four bonus songs) and two audio CDs; a Blu Ray version of the same; double CD; gatefold double LP; and digitally. Whether you choose to merely listen to this solid new album or view the show, Nothing But the Truth is nothing but a delight, from beginning to end.