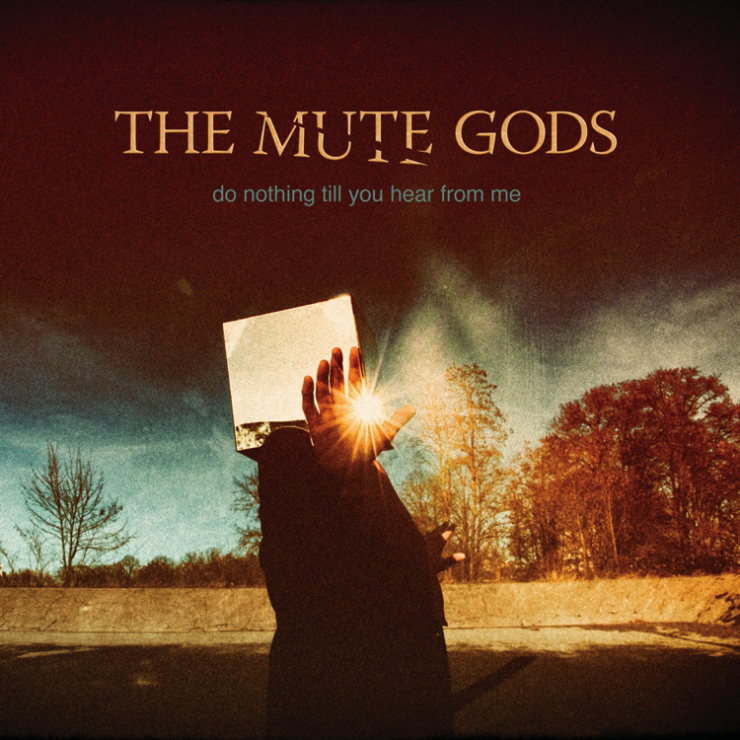 Debut albums can often be like a brand new TV show.  Do I really want to get sucked in to another one because I already watch so many.  Will it even be good anyway?  In the case of The Mute Gods, listening to their debut album turned out to be more than worth it and it looks like this will be a band worth getting into for the long haul.  For those who do not know, The Mute Gods is the brainchild of bassist and Chapman stick player Nick Beggs.  You might know Beggs as the tall guy with pony tails playing with Steven Wilson or Steve Hackett.  What you might now know is he has been around quite a while. Beggs was in the 80’s group Kajagoogoo who had the hit “Too Shy.”  He also played bass for anyone you can name over the years. The Mute Gods came as a result of the head of InsideOutMusic asking him why is he not doing his own project.  Since he had been playing with Roger King (Keyboards) through Steve Hackett and Marco Minnemann (Drums) through Steven Wilson, it was easy to grab those two incredible musicians and form The Mute Gods.

What makes the album ‘Do Nothing Till You Hear From Me’ captivating, is that it sounds original and oddly recognizable at the same time.  There are hidden influences throughout but it is hard to place them.  However, combined with Beggs unique vocals and penchant for odd melody, there is nothing quite like it, making this one of the more surprising releases for 2016. The is part Hard Rock, part 80’s Alternative and the just the right amount of Prog to keep that audience engaged.

The opening title track, is a strong opener and the album’s first single.  Drummer Marco Minnemann, known as a frantic player that never met a fill he didn’t like, does not hold back here and provides the perfect backbeat to accompany Beggs’ powerful bass lines.  The chorus is memorable with Beggs providing harmonies.  Here, Beggs is untrusting of those in charge with saying, “They’ll feed you anything they want, don’t listen to their lies.”   The album continue along the same pace with the second track, “Praying To a New God.”  Roger Kings’ keyboards are more up front in this one that definitely has an 80’s pop vibe.

Beggs also has a talent for a unique lyrics, such in the case of “Nightschool for Idiots,” which unexpectedly turns out to be a story of being dumb enough to leave someone.  When singing in a more soft voice, Beggs tends to sound like Curt Smith of Tears For Fears, much like on this track.  He does have the ability to change from song to song to provide the appropriate feel.  As the album moves on, it is saved from becoming too soft or poppy with the next track, the dark Wilson-esque “Feed The Troll,” another one of the highlights of the album.  King is all over this track with up front keys and atmospheric sounds creating the right imagery to go along with the lyrical content.  The accompanying video is not surprisingly creepy and fits brilliantly.

While the longer tracks “Strange Relationships” and “Swimming Horses” add the Progressive Rock touches, it is the album closer, the delicate “Father Daughter” that turns out to be one of the album’s finer moments.  A stunning track both musically and lyrically, the track is a touching moment between Beggs and his daughter as they apologize for past regrets.  It is not like any song you will hear on a standard Prog rock album.  Beggs daughter, Lula, provides an incredibly powerful lyric with just as elegant vocals.

Beggs has already said he is working on a second Mute Gods album and plans for even more strange song titles and topics. He has a lot to live up to with this great debut.  ‘Do Nothing Till You Hear From Me’ is a strong debut album from an exciting project, and one that has enormous potential for a long future.

Released on January 22nd, 2016 on InsideOutMusic

Key Tracks: Do Nothing Till You Hear From Me, Feed The Troll, Father Daughter

Guests on the album: