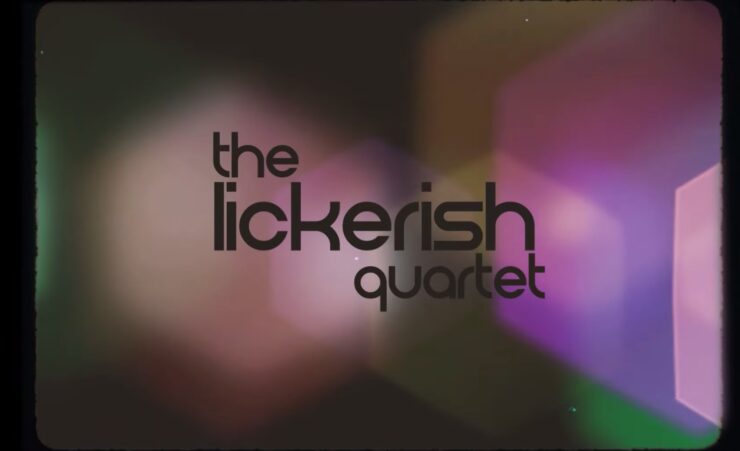 The new EP will be released January 8, 2021 via Stranger Danger Records and Tapes. Pre-orders will be available starting Friday, December 4 here. The first single and video, “Snollygoster Goon,” can be seen here:

In addition to the new music, THE LICKERISH QUARTET is offering unprecedented access to the band thanks to a plethora of exciting “Experiences,” which will be available for purchase on their official website. These exclusive offers include: “Perform / Record On Your Song,” “Co-Write a Song With Us,” “Video Chat,” “Music Lesson,” and many others.

“Do You Feel Better?” as told by Tim Smith:

A romp along the primrose path of temptations, internal and external, real or imagined, the tiny demons we dance with throughout our lives.
A pulsing bass and hypnotic guitar rhythm plays like the backing band to a striptease you’ve sneaked into, and don’t know where to sit, but all are welcome!
Some things are more dangerous than others, of course, but this song is sort of a combination of letting your guard down, because of preconceived notions of what’s right or wrong, and justification of actions you think you understand to have under control. Who knows?
Experiences do give us perspective, and this song tries to play between the id and superego–a Screwtape letter demon, and an Angel of Mercy.

“Fears fire’s all they’re fanning, but I won’t light up their fuse.” A tale as old as humanity. Group control over another through the tried and true tactic of fear. And always partnered with a fatal dose of “divide and conquer.” But who’s actually pulling the levers and pushing the buttons of the propaganda machine behind the Wizard of Oz’ curtain of crowd control, so to speak? Irrelevant. Ultimately, the perennial question for any person, provided they value sovereignty above all else, is: am I going to choose love over fear, peace over chaos, and God over the ego in any given moment? Everything can be taken from a man but one thing (to quote Viktor Frankl): “The last of the human freedoms, to choose one’s attitude in any given set of circumstances, to choose one’s own way.” And with that in mind, grab a torch, march to your own drum, and sing along!

“The Dream That Took Me Over” as told by Eric Dover:

You are driving without a destination lured by the wanderlust of your own making. You turn up the stereo volume and continue along, moonlight reflecting off the chrome of your vehicle.
We invite you to put the top down and take a ride into the inner dialectic of our conflicted protagonist as we answer the question: Is there equilibrium in the chaos or does science hold the key?

A frenetic forensic foray into classic old as civilization themes involving
greed, graft and corruption as applied to any political sphere.
The music is Adderall based in theory to reflect the absolute
breakneck speed at which the corruption flourishes. The snake oil salesman kissing babies, the saccharine unimaginative public image.

Rave reviews emerged about THREESOME VOL. 1 since before its release. Popmatters.com hailed, “Fans of both Jellyfish and Imperial Drag will rejoice at the Quartet’s sound. There are doses of XTC/Queen/ELO-style harmonic structures, flirtations with progressive and psychedelic rock, and tasteful but deeply impressive musicianship.” While the Minneapolis Star-Tribune declared, “If you love the harmonies of Queen, the songwriting of Brian Wilson and the lushness of Borns, (‘Lighthouse Spaceship’) is a must-add to your playlist.” The Day (CT) proclaimed, “This mini-masterpiece offers the same joy-crafted recipe fans loved about the ’90s-era band (Jellyfish): Four sugar-packed tunes of Queenisms, lick-the-spoon Wings frosting, wry Fountains of Waynery, and a quick waterside through Brian Wilson’s acid-period brain.” And MusicPlayers.com concluded, ““…these tracks are dreamy good! The songs cover a variety of classic pop styles from a time when you didn’t have to clarify that pop was actually a form of rock music, with a heavy dose of ‘70s vibe and incredible vocal harmonies draped over jangly electric guitars, folky acoustics, vintage keyboards, and bass grooves that can only be called… exceptional.”