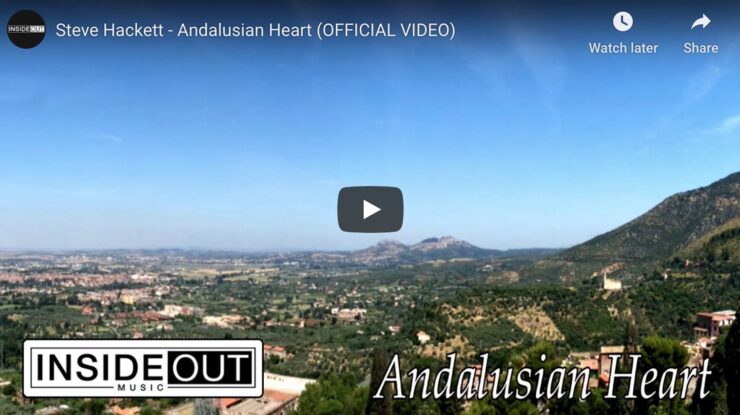 Today he has launched the first single from the album, titled ‘Andalusian Heart’, and you can watch the video here:

Steve comments: “The beauty of Andalusia with its Moorish and Gypsy magic and the strains of distant guitars echoing through its ornate archways has to be experienced at least once in a lifetime. So many of the things that have inspired me about Spain are embodied in this romantic track, featuring Roger King’s orchestral arrangement, Franck Avril on oboe, Christine Townsend on violin and viola, and myself on classical guitar.”

“A lot of acoustic ideas had been forming over the years, and it felt like the perfect time to create this album,” notes Hackett, “a time to contemplate the places we’ve visited around the Mediterranean with the kind of music which evolved from the world of imagination.

“Because we can’t really travel, substantially at the moment, I hope that the album will take people on that journey. Whether you sit down and listen to it or drift off to it with a glass of wine…”