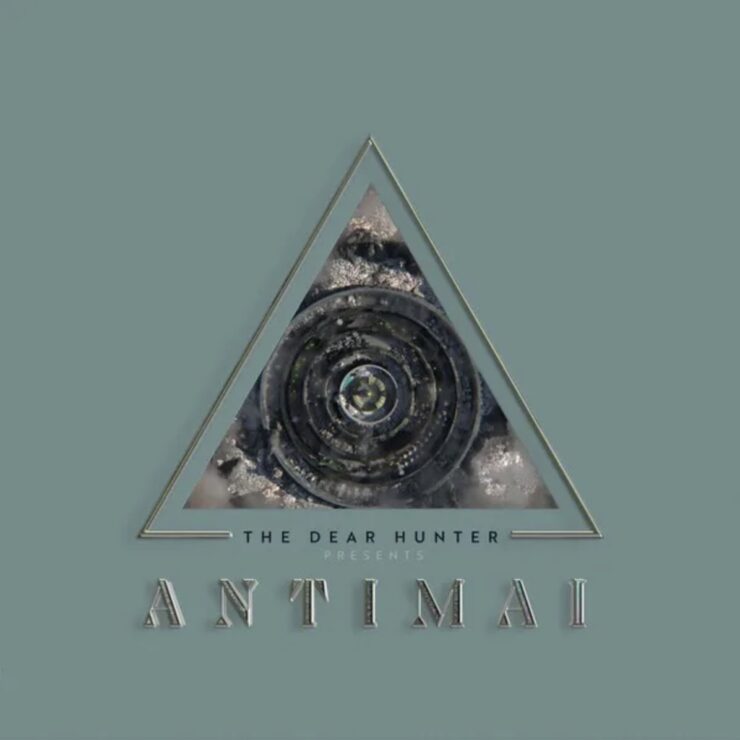 Review of the new The Dear Hunter album ‘Antimai’

In the prog world, concept albums are commonplace and in many cases expected to be something a band adds to their repertoire at some point in their career. But in the world of the The Dear Hunter, it is what they do best, and they do it in the most ambitious ways possible. Following a busy 10 year span that saw the release of 5 albums known as The Act Series, along with a regular album of rock songs The Migrant and another concept called The Color Spectrum, it wasn’t entirely clear what mastermind Casey Crescenzo and the band would take on next. There was another EP and a brief side project, but that was all setting the stage for the band’s latest full studio concept album Antimai.

Antimai builds on the apocalyptic future world of The Indigo Child, a Sci-Fi story/short film, with an accompanying EP, that band leader Crescenzo had been working on the last few years. Each of the 8 tracks on the new album deal with the different societies that occupy the civilization in the story, from the rich to the impoverished. Now that we’ve gotten that out of the way, what is the album like?

In some ways, Antimai is both the most progressive, yet the least proggy album they’ve made. The concept and the song structures are intricate and brilliant, and take multiple listens to make out and recall. At the same time, the music is perhaps less diverse stylistically than previous records and surprisingly finds the band exploring a lot of Funk and R&B with an abundant use of horns throughout. That’s not to say it strays much from the overall sound and vibe the band have been known for, but it does take a bit of getting used to. This can be heard in the album’s first single “Ring 7 – Industry”, an upbeat track that borders on disco. Similarly, tracks “Ring 4 – Patrol”, “Ring 5 – Middle Class”, and the album closer “Ring 1 – Tower” all present a similar palette of instruments and style, but with many twists in turns throughout the songs themselves.

The opening track “Ring 8 – Poverty” lays the groundwork for the album brilliantly and finds the band revisiting some of the territory of the Act albums with a great hook and build towards the end. Along with “Ring 6 – LoTown”, the pair are the most representative of the bands traditional sound with the latter being one of the standout tracks on the album (still with a lot of horns). However, just as it is comforting to hear the band sound like you have known them, they are just as effective at trying something new and adventurous, and that is where the album’s best track “Ring 3 – Luxury” comes in. It is essentially a song with two distinct parts, the first being an aggressive sounding musical type number that isn’t unlike something Lin Manuel Miranda might write. The second half is pure Dear Hunter and something only this band could write with lush melodies and beautiful harmonies against a backdrop of steel drums and Caribbean rhythms.

It continues to be one of rock music’s most criminal injustices that The Dear Hunter aren’t one of the biggest bands in the world. Antimai is a brilliant piece of work and one of the best albums of 2022. It does take some investment of time to listen to and learn before fully being able to absorb all of it. There is so much going on, each listen presents the discovery of another layer, which inspires yet more plays. If this is the beginning of the next chapter for the band, it is off to an outstanding start.