Tangekanic release live video for “Steer By The Stars” 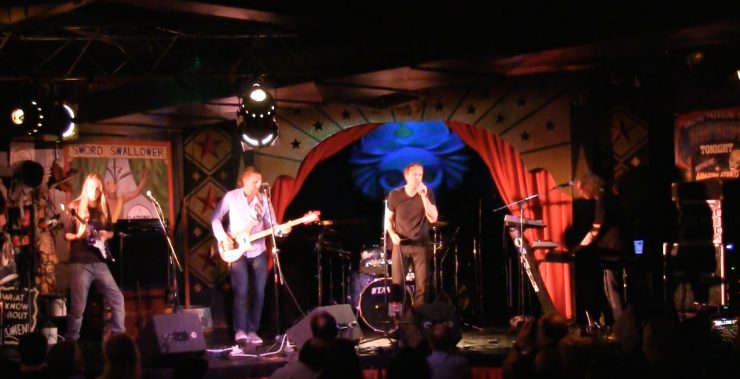 The performance was filmed at the New Jersey Proghouse in October last year.

Tangekanic, the collaboration between The Tangent and Karmakanic, have released a live video of the track “Steer By The Stars,” which originally appeared on the Dot album by Karmakanic. The performance was filmed at the New Jersey Proghouse in October last year which also was released as a cd earlier this year called Hotel Cantaffordit.

Tillison told Prog magazine: “We have just released a little video taken from our live album Hotel Cantaffordit – we found out after we’d finished the album that the sound guy had had a camera on a tripod pointing at us all the way through.

“So it ain’t Pink Floyd video territory. It’s a Karmakanic song featuring Goran Edman – ex Ynglvie Malmsteen Band – on vocals and the first ever co-written song by Jonas Reingold and myself.”