Styx reveal lyric video for “Radio Silence” from The Mission 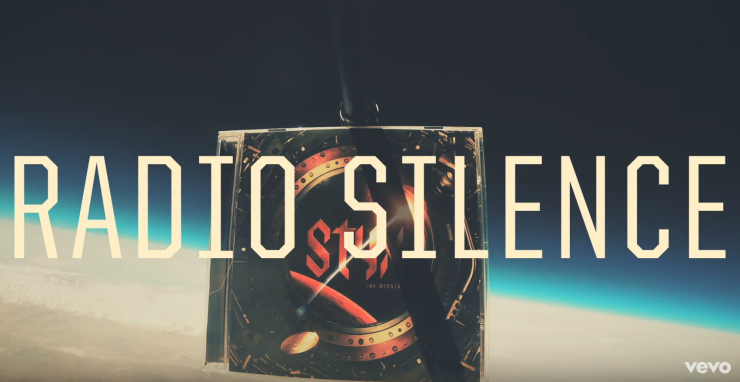 Taken from the album The Mission

Dr. Tony Phillips is a scientist and researcher that launches weather balloons 111,000 feet to the edge of space to measure ionizing radiation in the stratosphere. He is also a major STYX fan.

Back in April, Dr. Phillips and his team of students launched a weather balloon with both the CD and LP of THE MISSION attached to the payload. His team recorded the entire ascent of the package to 111K feet. They launched it near the Sierra Nevada Mountains. For nearly three hours the balloon ascended. Then it popped and the payload packages tumbled back to earth for nearly 20 minutes. A parachute deployed and the package landed safely. On this mission, the payload and the music landed in a Joshua Tree forest in Nevada. Amazingly, the CD and LP survived the landing.

As far as we know, this is the only time a vinyl LP has gone this high into the atmosphere, exposed to the elements and returned safe and sound. Chuck Berry’s “Johnny B Goode” is on golden disc within Voyager 1. The British band Blur recorded “Far Out,” which was played on Beagle 2 when it landed on Mars in 2003.

To document this exciting collaboration between science and rock n’ roll, the band’s label (UMe) and the band created a time lapse lyric video for the song “Radio Silence” that traces the entire ascent and descent within four minutes. The video constantly has the new STYX CD in full view as it rises until you can see the curve of the earth and the black of space then the balloon pops and tumbles back.

The vinyl LP would not fit on the payload. Dr. Phillips and his team attached it underneath. They poked a hole in the jacket and ran a string through the vinyl LP’s center hole. It tangled from the bottom and can be seen shortly after the balloon pop in the video.

“The planets truly aligned for THE MISSION, and I couldn’t be prouder,” says vocalist/guitarist Tommy Shaw, who co-wrote the album’s storyline with longtime collaborator Will Evankovich (Shaw/Blades, The Guess Who). “It’s our boldest, most emblematic album since PIECES OF EIGHT.” As founding guitarist James “JY” Young continues, “In the 40th anniversary year of our release of our biggest selling album of all time, GRAND ILLUSION, it just seemed truly appropriate to save our new studio album until this year. Needless to say, I’m very excited.”

THE MISSION–which was recorded over a two-year period at Blackbird Studios, The Shop, and 6 Studio Amontillado in Nashville–displays the best aspects of the ongoing in-harmony musical intersection of the six-man STYX team.